The US racing world may have taken a slight break after the Kentucky Derby, but it is coming back into full fervor with the Preakness Stakes this Saturday. The second part of the Triple Crown of American thoroughbred races, the race may not be as popularly known as the Kentucky Derby, but many enthusiasts will want to see the results of this competition.

This is mostly because they will want to see if Nyquist, the winner of the Kentucky Derby, continues his winning streak and gets the second “Crown.” Right now, only 12 horses have completed the Triple Crown, the most recent being American Pharaoh, who won it just last year.

Many people are thinking that Nyquist will be the “lucky” 13th horse and are being rather enthusiastic about it. A lot of them are putting their money where their mouth is and are placing wagers on Nyquist’s success already. If Nyquist wins this race, the horse only needs to win the Belmont Stakes to earn the Triple Crown trophy. 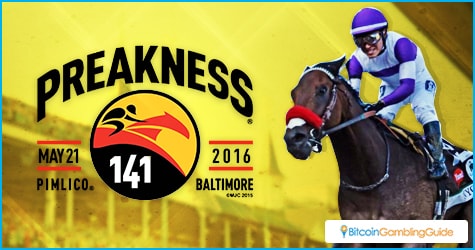 The Preakness Stakes did not start out as part of the Triple Crown series, though. It actually predates the other two races in the series, being first run on May 1873 at the Pimlico Race Course in Baltimore, Maryland. This was two years before the first Kentucky Derby.

The name of the race comes from one of the first winning colts at the Pimlico racetrack, Preakness from Preakness stables. The race has been run mostly at Pimlico, although there were periods when the event took place in the race tracks in New York.

The race itself is actually a short track. Originally, the race ran for a mile and a half or around 12 furlongs. That has changed, though, to a short 9 1/2 furlongs. Compared to the Kentucky Derby’s 10 furlongs and the Belmont Stakes’ 12 furlongs, that makes for a rather quick race. Colts and fillies of at least three years old are accepted in the race, with many Kentucky Derby participants usually entering. Besides the prestige, the Preakness Stakes also has a $1.5 million purse ready for the winner. 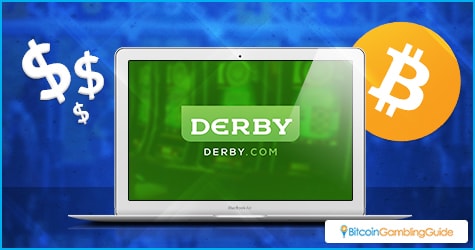 Looking at the odds

This year’s Preakness Stakes will be interesting, mostly because of Nyquist. There has not been a back-to-back win of the Triple Crown since the 70s—except for American Pharaoh last year—and the possibility of a repeat is quite exciting. For sports bettors, the Preakness Stakes offer another chance at a big win.

There are quite a few sports betting sites taking wagers for the Preakness Stakes. The race itself has official sports betting partners in XpressBet and MagnaBet, but a lot of other sites like Derbyjackpot are offering odds for it. For Bitcoin sports bettors US Bettors can legally place Bitcoin bets on Derbyjackpot. Similarly, Bovada and Bodog are two betting sites that let people make wagers on the race.

As for odds, Nyquist is the lead favorite to win across the many betting sites. They are also in agreement with the second and third place horses: Exaggerator and Gun Runner. These horses ran well in the Kentucky Derby and many are confident that they will repeat their performance.

With the race fast approaching, the odds may shift around, so keeping an eye on tips for a better horse race betting outcome is a good start. Sports bettors may want to check out live betting sites on the day itself to see more nuanced odds. May 21 is sure to be an exciting day for many racing enthusiasts, whether they have a wager on the race or not.