While Bitcoin gambling is a big part of the current Bitcoin transaction stream, it still plays a minor role in the overall online gambling world. As a billion-dollar industry, iGaming still prefers fiat currency as the mode of payment. This is mostly because a lot of online casinos are hesitant about accepting Bitcoin. For some of them, they do not even know it exists.

When talking to representatives of real-money online casinos, most of them are unaware of Bitcoin and its use as an online currency. Being unaware of Bitcoin sounds surprising to those who are familiar with it, but people have to remember that although Bitcoin is starting to make waves in the mainstream, it is still not at the level of being recognized by a lot of people on the street. 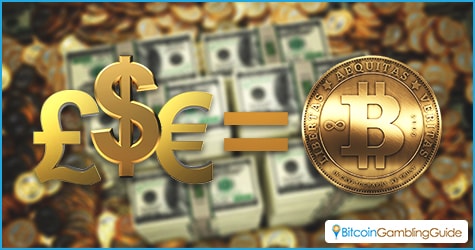 Today, Bitcoin is still seeking to get mainstream recognition. It may not seem like it from the perspective of an experienced Bitcoin user, but people are still a bit hesitant about the cryptocurrency. There are several elements that make the casinos reluctant to adopt the cryptocurrency, only establishing a Bitcoin gap in iGaming.

First, there is the fact that Bitcoin is a purely digital currency with a volatile price. Bitcoin’s value rises and falls constantly, and this makes gambling operators—who are always looking at the bottom line—a bit wary. Second, the cryptocurrency does not have a government behind it. Fiat currencies have a country backing them to ensure their continued value. Finally, Bitcoin is still a young currency going through a few growing pains. Many would like for it to mature a little before they start using.

Furthermore, Bitcoin adoption is not made easy sell by the fact that Bitcoin is currently facing quite a few obstacles. Recent news about transaction delays and anti-Bitcoin legislation can put people off from trying to use the currency.

Bitcoin is fighting an uphill battle with public perception and seeking to be recognized, but it is not without its supporters. There are quite a few gambling sites that have taken the plunge and started to accept Bitcoin. This includes the sports betting site BetCRIS and the poker site Americas Cardroom, both of which were initially designed to accept real-money deposits only. 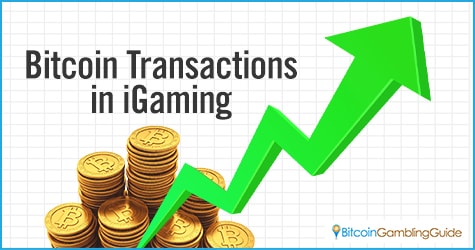 A small group of early adopters is a good sign. This just means that Bitcoin is on the rise. In the lifecycle of any technology, early adopters are the bridge between the initial innovators that developed the technology and the early majority, which are the early mainstream customers for a product.

As Bitcoin becomes more recognized and the technology behind it becomes more refined, people can expect the number of early adopters to reach critical mass. When it does, Bitcoin will become a regular sight at online casinos.

For the meantime, multi-currency casinos like BitStarz and LimoPlay can provide top-quality online gambling experience that caters to both fiat and Bitcoin bets. Until the leading online casinos are exposed to the benefits of integrating Bitcoin into their system, the majority share of the iGaming industry will remain stripped off of the perks players in Bitcoin-friendly online casinos are lavished with.