Americas Cardroom has weekly tournaments and offers variety of choices to all kinds of poker players. These range from simple freeroll tournaments to the Sunday Specials. With these options available, this Bitcoin poker site has something for everyone. A constant flow of tournaments, however, is not enough to keep players interested. There needs to be something special. This is where the Online Super Series (OSS) comes in.

Part of the OS3 tournament series promotion of Americas Cardroom, the OSS is the middle event in the series after the Mini-Online Super Series (MOSS). It will then be followed by the Bigger Online Super Series (BOSS). These poker promotions feature challenging events and are expected to greatly reward winning players. 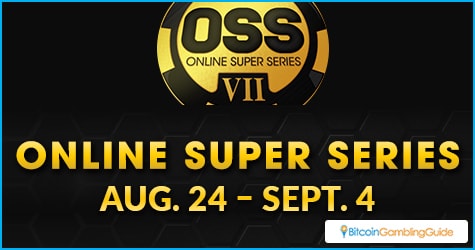 The OSS is the main centerpiece of the OS3. The last OSS was held as a single event and was the sixth of its kind. It was held last April and was an unqualified success. As the flagship tournament series of Americas Cardroom, the OSS has a great reputation.

OSS VI had 76 individual events and had a guaranteed $2,500,000 in its prize pools for a 10 day event. The buy-ins started at just six cents and the variety offered in the type of games was unmatched. This included Texas holdem, pot-limit Omaha and pot-limit Omaha eight-or-better. The tournaments also had their own structures like regular, turbo, and hyper turbo.

OSS VII will be emulating its counterparts, with more than 70 events being held. They will even repeat the two biggest events of the OSS VI, which are the $300,000 GTD tourney and the popular $1,000,000 GTD Million Dollar Main Event.  The buy-in for the Million Dollar Main Event is $540, but players can also get a seat by joining one of the many satellite events available. 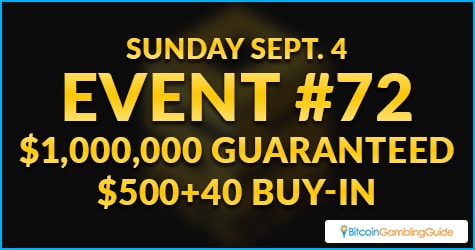 With all of that it offers, OSS VII is a sure win for Americas Cardroom. Players who will want to experience a good time this coming September will be pleased that the Online Super Series continues on.

However, the fun is not yet over. As part of the OS3 promo, it will be followed by the Bigger Online Super Series. Meant as a high-roller tournament, BOSS will only have 17 events but will have some of the highest guaranteed prize pools out there. With a minimum buy-in of $100, players can be sure that the winning pot will be big.

The entire OS3 promo is quickly looking to become a success for Americas Cardroom. Players will appreciate what the cardroom has done, giving them a great opportunity to face other skilled card players and a chance at great prizes.