Pariplay is once again bringing back the memories of the early days of gaming as it launches the Atari Star Raiders slot.

The latest slot game from the partnership of Pariplay and Atari pays homage to the popular video arcade combat simulator game first released by Atari in 1979. With the new online slot game, players who spent their childhood playing the video game can relive the good old days with the new twists added by Pariplay’s team of expert developers.

The launch of the Atari Star Raider slot is the latest Atari-branded title that debuted in the iGaming market this year. It follows the Atari Black Widow slot and the Atari Asteroids instant-win game. 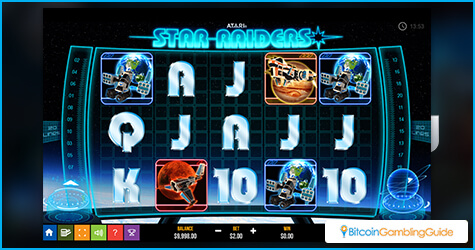 Pariplay’s latest game offering is an HTML5 slot game that features the Zylon fleet action based on the original Atari Star Raiders game. The slot game comes with five reels and three rows that allows for 20 pay lines to be activated. It may seem to be behind with its 20-line slot format, but this game offers 243 ‘ways to win’ free spin bonus rounds. It also comes with a wild symbols that will help players to win the jackpot.

“This is a great game, bringing a lot of fun and good memories from the past. The release of the Atari® Star Raiders online slot and our ongoing partnership with industry leader Pariplay will continue to expand the Atari® brand in the real-money online gambling space, which is a critical part of our strategy.”

The Atari Star Raiders slot also records a 94.6-percent return-to-player value, an auto-play function, and compatibility with multiple languages other than English. The games’ HTML5 format makes it playable across all devices—including smartphones and tablets—bringing players from the international markets the original Star Raiders video game feel but with impressive graphics. 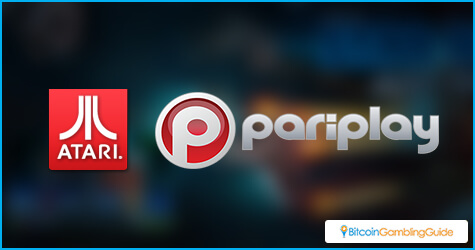 This online slot game sets the bar for the future Atari-branded games that Pariplay will launch. This was verified by Pariplay’s General Manager Adrian Bailey:

“Our Atari®-branded titles have received a strong reception from iGaming operators and players in multiple global markets, and we’re confident that our Atari Star Raiders® slot will have an equally strong impact. Our studio are currently in the final stages of development for a number of other Atari® real-money titles and these will be released later in Q4 2016 and into 2017.”

With more games to be launched by Pariplay, Bitcoin players may soon be able to experience the Atari-branded games already released, as well as those in the pipeline. This is possible through the integration of the Pariplay games into the Quickfire platform, which is powered by Microgaming. Pariplay’s partnership with iSoftBet will also solidify the possibilities for Bitcoin players to play the Atari-branded games.