NetEnt, a Stockholm-based company known for its high-quality online casino games, revealed that its revenue for the first six months of 2016 increased by almost one-third.

The exact percentage increase of NetEnt revenue during the first half of the year is 31.7 percent. This translates to SEK 697.4 million or $82.3 million. Along with its revenue increase is the rise of its profits after tax. For the same period, the after-tax profits jumped by 46.3 percent. This gave the company a total earnings of SEK 235 million or $27.7 million. 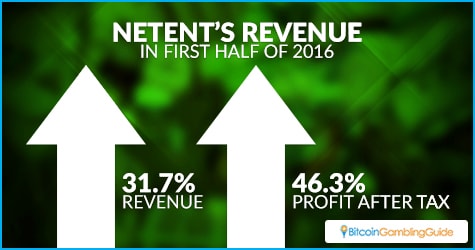 The game content provider also registered great figures from April to June, during which its revenue rose by 30 percent to SEK 352 million. The Q2 performance reflected the increasing demand for the NetEnt products, according to CEO Per Eriksson, who is also positive that this will extend for the entire year.

With its strong presence in the iGaming sector through real-money online casinos, NetEnt continues to enjoy its powerful status in the market. NetEnt started strong in the UK with 12 new customer agreements in the second quarter alone. The same can be said about its strengthening brand in the US. 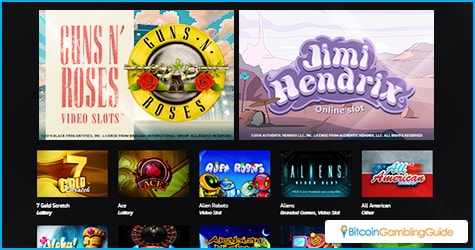 NetEnt’s release of the slot games from its NetEnt Rocks campaign also made a huge impact this year. The Guns N Roses slot and the Jimi Hendrix slot only established NetEnt’s reputation as a premium-level game developer. The completion of its campaign later this year will solidify the company’s lead in Bitcoin gambling.

Meanwhile, the almost €3m jackpot won by a lucky player from spinning the reels of the Mega Fortune slot will affect the Q3 numbers of NetEnt.