The Bitcoin price has always been a major point of focus for anyone interested in cryptocurrency, as people want to know what their investment is worth at all times. Throughout most of 2015, and the early months of 2016, there has been very little change in the Bitcoin price. Is this a trend that will continue, or will the halving have an impact?

Depending on how one wants to look at things, the Bitcoin price is either exciting or boring. Regardless of which side of the fence one is on, however, the latest Bitcoin price trend is quite promising, as it seems as if a stable support line is being created at the $430-$440 range. This is quite a change from the volatility of Bitcoin in the past, though, but those days finally seem behind us. 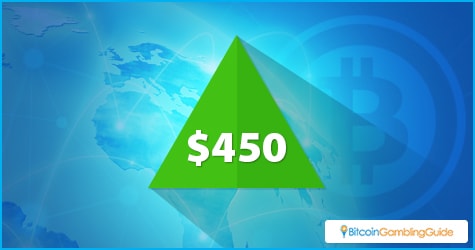 Traders may enjoy volatile Bitcoin price swings, as there is a lot of money to be made—or lost—during these events. That being said, volatility of Bitcoin has often been referred to as the one thing preventing both consumers and enterprises from dealing with cryptocurrency on a daily basis. If the Bitcoin ecosystem is to grow, a more stable price front has to be established, but only time will tell if the current valuation per Bitcoin is a platform or not.

Over the course of this week, there have been some interesting price movements to be noticed across all exchanges around the world. After an initial strong upward trend, the Bitcoin price reached its peak at $461, and started sliding down a slippery slope once again. Until this very day, no one is exactly sure as to what caused this temporary price movement, as there was no overly positive or negative news to be noted. The only exception is the news that Steam now allows users to pay Bitcoin for online games, but that has been coming for quite some time now.

After the Bitcoin price retraced to the $435-$450 range a few days ago, very little has happened ever since. There is still plenty of trading volume across all major exchanges, but there is no ‘tug of war’ taking place, which could send the price up or down all of a sudden. It remains unknown for now whether or not this is a sign of another increase or decrease to take place in the near future.

Impact of the Bitcoin halving?

Many Bitcoin enthusiasts are speculating what effect the upcoming Bitcoin halving will have on the current price. As most Bitcoin aficionados are well aware of by now, the block reward—currently 25 BTC—will halve in July of 2016. This results in only 12.5 BTC being distributed among miners for every block found on the network, which will undoubtedly change the mining landscape forever. 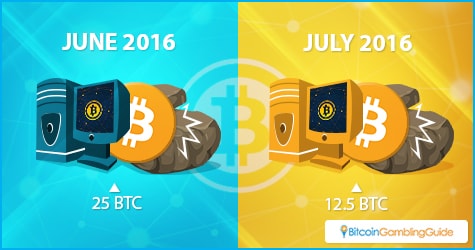 However, as there will be less bitcoins generated on a daily basis, there will also be less ‘new’ coins to be sold across exchanges. Up until this point, the Bitcoin supply has been growing bigger at a rapid pace, but that growth will start to decelerate come July. This may have an effect on the Bitcoin price during the second half of this year, although it is impossible to say whether this will be the case or not.

A higher Bitcoin price has been coming for quite some time now, though, as things have been rather stagnant for a while. Bitcoin has matured from a volatile investment vehicle into a money transfer tool and a financial asset. Additionally, more consumers and businesses start to see the value in Bitcoin and what it brings to the table. All of this will have an effect sooner or later, as a total supply of 21 million bitcoins by 2140 warrants a price per BTC of much more than $450.