Touted as the world’s first WebGL online slot game, Johnny the Octopus slot will catch the gamblers’ eyes with its next-level graphics and gameplay.

SoftSwiss’ newest game will be unveiled in ICE 2016 and will mark the software provider’s move to step up as rivals release new titles as well.

Bitcoin and real-money players can soon play this online slot game once it finds its way to the online casinos powered by SoftSwiss. Multi-currency casino LimoPlay will be the first to feature Johnny the Octopus slot, along with the other leading brands in iGaming like BitStarz, 7BitCasino, and Princess Star Casino.

Not just another online 3D slot

The game offers a full 3D experience to everyone playing, no matter what the device or platform. This means that players are not limited to a specific browser or device when playing, thanks to the WebGL technology. 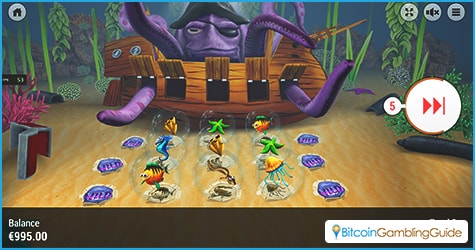 Additionally, unlike other games that boast 3D graphics, Johnny the Octopus provides a complete package; this means it is not just the backgrounds and special scenes that get the 3D treatment but the entire playing screen.

The slot’s design effectively showcases the benefits of such cutting-edge technology. Instead of the traditional reels, players see bubbles discharged from Johnny’s sunken ship; no waiting for the reels to stop spinning here. The standard symbols of fish and sea creatures float upward when they are not part of a winning combination and bonuses are released in a shower of coins.

The animation is not all the big things though as players will notice nice little touches that make the ocean bed come alive like plankton, sunlight beaming from above, and small bubbles. There is nearly nothing static on the screen when someone is playing this game.

Moreover, Johnny the Octopus slot’s gameplay itself is great. The interface is easy to interpret. A single click brings up the available betting options like how much a player wants to bet and how many pay lines are to be used. An auto spin option also takes out some of the tedium of ‘spinning’ the reels.

The Bitcoin slots market has become competitive over time. It may not seem obvious, but with gameplay being boiled down to reels spinning, there is a race for developers to make their game unique. 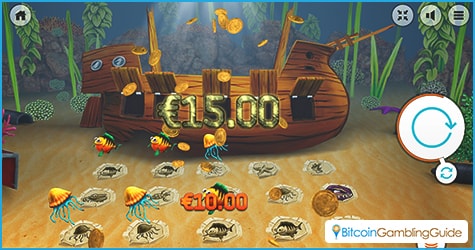 One recent offering that has been turning heads is NetEnt’s Guns N Roses slot, which has also recently debuted on LimoPlay. Using some of the band’s most popular tracks and innovative game mechanics, this excellent use of the Guns N’ Roses license was a hit when it came out last month.

NetEnt’s offering is just the leader of the pack as other developers like BetSoft and Endorphina are pushing the boundaries of gaming technology with their great-looking games. The high-definition 3D cinematics of BetSoft’s releases have drawn many a player with their eye-catching graphics, while Endorphina’s polished products deliver on the gameplay and looks department equally well.

The Johnny the Octopus slot, however, is expected to spice things up in the real-money and Bitcoin gambling sectors, and is coined to be another SoftSwiss hit amid the sea of new and upgraded slot games.