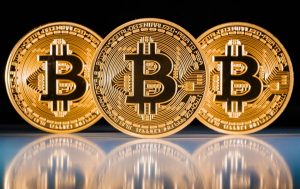 Using digital currency at the moment when a certain regular market is becoming more volatile is one of the key reasons why bitcoin ascended back onto the scene after the crash of 2013. Since then, the role BTC played in the Chinese currency markets showed that it could easily act as a barrier against hard hits on uninformed investor portfolios.

It might seem that being involved in one of the biggest financial systems in the world was a big accomplishment but in the wake of the recent growth in BTC price, this trait of the digital currency was overshadowed. Now, BTC is seen as a mainstream method of generating profits through fast investments and funds pullouts, much like ETH and other dynamic cryptocurrencies.

Yet, the same blockchain network still possesses the same ability and in some places around the globe, it acts as a safe harbor when the wave of instability hits a particular market. Here are some more details about this often overlook phenomena of the biggest digital currency, but also other ones that can serve the same purpose.

In the lives of modern individuals, there are several factors that have hardly changed in the last couple of thousands of years. While this might sound incredible, history shows that the concept of money was and remained one of the most important facts of a person’s life, dating back to the age when the exchange of goods become operationalized into a process that used natural means to define value.

In the late middle ages, the same concept became merged with the idea of banking and all of its associated services. This allowed people to lend and borrow, setting the foundation stones for full market operations similar to those existing today inside of the modern financial institution.

In this regard, digital currency should be perceived as only a continuation of the same development of financial services. However, history also shows that not all changes in the financial setup created beneficial things. Sometimes, these came in the form of catastrophic problems which led to the recession, depression or even the collapse of the entire financial structure of a single nation.

This shows that the concept of finances and a given social order of a certain domain, be it a region, country or even a union are closely tied together. But now, for the first time in history, the invention of digital currency, acting as a fully usable monetary representation of value but one that is not tied to any government or other singular power structure provides a new dynamic to this equation.

Acting as an open-access and a transparent ledger that registers where and how the money flows, a bitcoin blockchain, like any other blockchain, shows that the use of banking intermediaries is no longer necessary. This is a direct challenge to the idea that money in the form know today can work through strict central planning, most often conducted by a nation’s central bank.

The same idea can be presented in these terms: while central planning has been rendered unnecessary with blockchain, the actual usability of the digital currencies has remained relatively similar to that of fiat money. Their use, which covers things like loans, direct bitcoin investments, purchases conducted online and even online BTC gambling shows that bitcoin can do anything fiat money can.

The indirect attack on the central banking dogma at first made political establishment all over the world shun any notion of a digital currency being at first even important and then useful in any way. But, the trend began to weaken as the importance of the cryptocurrencies grew. Now, there are clear indicators that the same situation is changing rapidly in a range of regions and on a global scale.

The signs of changing times are visible in many corners of the world. Recently, Japan recognized bitcoin as a viable method of payment, which lead to a huge influx of fiat currency into the network, resulting in records for its value being broken one after another. Russia, which was for a long time seen as one of the biggest opponents of any form of digital currency also started to change its stance.

In other regions, a similar trend is unfolding. Governments, just like investors and ordinary citizens, started to explore the idea of digital currency, mainly bitcoin and ether, and what these can do for them. But, as this goes on, the biggest impact bitcoin has on social dynamic is in those countries where trading is already in hot waters because of the inherent instability of their market.

Here, bitcoin probably has the biggest role to play when it comes to protecting the funds of those active in the world’s shakiest ecosystems of investment and other financial processes.

The important factor about bitcoin, in particular, is that it is fully open to developing countries. That is why in Venezuela, BTC has become a parallel currency that is rivaling any other and offering citizens a means of transactions that circumvent any official channel. This is used for thing like buying basic necessities now that the official money has become almost worthless.

A similar situation can be found in East Africa, where remittance services and initiatives like BitPesa are taking over from traditional transfer channels. The same goes for South Africa, while Nigerian activist and local traders see bitcoin as a means of providing a new level of democracy into the financial system which is otherwise riddled with corruption and problems.

A financial collapse in Zimbabweans first forced citizens to look for alternatives but now, a large number of them employ bitcoin as a means of protecting their savings. Previously, the national banks collapsed, leaving many without their savings, but now, BTC provides itself as a way of guarding against this possibility.

All of this shows that bitcoin is far more than a mechanism of investment for stable, developed markets. Instead, developing markets that are in crisis, along with their citizens are now using this digital currency to tip the scales of the monetary and social changes to their advantages.