Bitcoin slots are the favorite of the majority of Bitcoin gamblers. The simple and exciting gameplay of online slots strongly appeal to beginners and serious gamblers and everything in between.

As the year draws to its conclusion, Bitcoin Gambling Guide sees it fit to list the top Bitcoin slots of 2015. Here are five of the most popular Bitcoin slots this year that had the most number of players excited and thrilled:

Gonzo’s Quest slot is a revolutionary five-reel 20-payline Bitcoin slot game. It follows Gonzo as he braves the uncharted lands and unravels the secrets of El Dorado.

Apart from the entertainment highlighted by its intense graphics and vivid designs, this slot gives out lucrative winnings with its distinct features.

Gonzo’s Quest is a well-executed slot game, that is why it is no surprise that it is one of the most-loved slots not just in real-money online casinos but also in Bitcoin gambling.

The Marketplace is one of the newest entries introduced in the Bitcoin gambling industry. Despite this, this Bitcoin slot has immediately garnered an overwhelming amount of praise from players due to its unique storyline and graphics that can actually go on par with some of the mainstream’s top-grossing animated films. 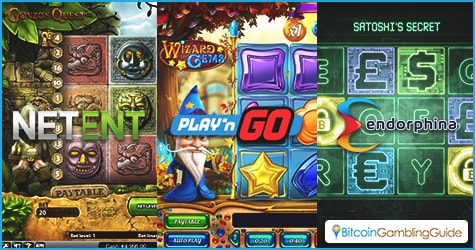 Based on the world-class novella, the Dr. Jekyll and Mr. Hyde slot game entertains its players with the retelling of the obscure tale of Dr. Jekyll and his darkest secret.

This Bitcoin slot immediately captivates the players with its groundbreaking aesthetics and engaging gameplay. But the factor that makes it all the more in demand is its bonus game feature.

Catching the special symbols on active pay lines opens a new portal and this enables players to discover the disturbing role of Mr. Hyde while also increasing their chances of winning more payouts.

Betsoft always delivers when it comes to its online slot games, and this Bitcoin slot is no exception.

With vibrant colors and eye-catchy graphics, this slot game is such a visual treat. Pair this with the fascinating fantasy-themed gameplay and this Bitcoin slot will definitely keep players awake and on the edge of their seat as they spin the reels one after the other.

Play’n GO slots are among the popular titles in Bitcoin gambling, and the Wizard of Gems slot exhibits the reasons behind such reception for the provider’s games. 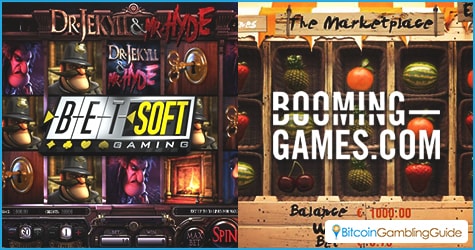 Arguably the most anticipated Bitcoin game of the year is Satoshi’s Secret slot. This game produced and developed by Endorphina has a tremendous buzz in the iGaming market because of its unique theme. After all, it is the world’s first Bitcoin-themed slot game.

Although falling short when it comes to graphics, Satoshi’s Secret slot undeniably excels in developing its bonus game feature.

Based on the mysterious story behind the identity of the Bitcoin creator, Satoshi’s Secret slot enables players to experience the rush of unlocking the real persona of Satoshi Nakamoto through solving puzzles and unlocking codes.

This Endorphina slot game is also one of the concrete proofs that any game can excel in Bitcoin gambling as long as it topples down the standards of gaming with innovating ideas. This, therefore, earned itself a spot in the list of the best Bitcoin slots of 2015.