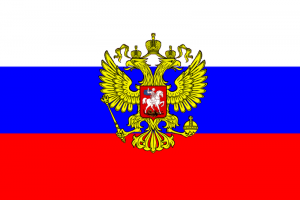 The Russian position towards digital currencies is one of the biggest mysteries in the global FinTech domain and the latest news showcases that the same idea can become even more apparent. In a yet another twist, the Russian government declared its intention to recognize bitcoin in the country as a variation on the notion of a financial instrument.

This makes the Russian government something of a phenomena that at one point or another, took almost every possible side of the argument. Now, several years after the concept of bitcoin first started being discussed in the Russian legislative circles, it looks like BTC won its right to exist legally inside of the federation. In less than two years from this moment, the same digital currency should be officially recognized by the Moscow government.

But, no one seems to fully grasp why has this decision come now and what could be its long-lasting implication for both the Russian economy but also the wider state of the bitcoin community. Here are some facts that should shed a bit of light on the issue and also provide clarity when it comes to the upcoming period for the Russian political and financial sectors.

A Task for the Bank of Russia and the Government

The decision to make this legislative move has not been officially declared so far, but there are more than strong indications that this will happen soon. The stories originated in the Bloomberg news organization, where credible sources have said Alexey Moiseev, Russian Deputy Minister of Finance and the high-ranking representatives from the Bank of Russia have combined their resources for the purpose of developing a shared platform on bitcoin.

Bloomberg sources believe that the action is determined to recognize BTC for the purpose of cutting down on any potential money laundering risks. This AML (anti-money laundering) push is designed to place bitcoin but also other digital currencies under some form of legal recognition.

In Russia, countless users employ bitcoin to access online BTC casinos, invest their bitcoin, and do many additional activities, most of them taking place on the internet. However, the government is worried that the same domain of finance, which does not follow any national regulation might be a hotbed of illegal activities. Here, the Moscow’s biggest concern is the idea large-scale money laundering procedures.

Gathering Info on the Users

According to the Moiseev, or at least sources that claim to have inside knowledge on the issue, the Russian government wants to gain access to the information about the parties involved in a transaction. At the same time, organizations that work in Russia with the purpose of providing services including payments or exchanges would also be required by law to collect the data on their users and then submit it to a relevant governmental agency.

Furthermore, Moiseev said that the state has to know who is located on either end of a chain of a transaction, including its middle, where the intermediates operate. This way, if a person desires to make a transaction, he or she needs to understand to whom they are selling and from whom did they buy from.

In this regard, the Russian government wants to use the legislation to set up an add-on system to the blockchain that would negate many benefits of the network. For a lot of users, the cryptocurrency’s main strength is anonymity and also what that makes it such an appealing alternative to the regular financial services like banks and money transfer companies.

But the state wants to go for the creation of a database of digital currency users and also timelines of their access to services and even individual wallet-to-wallet transfers. With this, the state would have a full overview of the digital currency activities, including those that are completely related to online ventures, like betting on eSports.

In all fairness to the Russian government, the EU has recently created a draft law that aims to do something very similar and list the digital currency users in the block, as well as their transactions. Essentially, the two initiatives are a mirror image – both are developed under the AML concepts and both want to crack down first and foremost on bitcoin (and other cryptocurrencies) privacy protection.

The big difference, however, is the rest of the political system that is present in these entities. While the draft law made by the EU Parliament has a long way to go before it enters the full legal system, the Russian government could easily push this law through in record time if they decide to do so.

That is why there are no potential roadblocks for the same recognition to occur in less than a year from now. The presence of Moiseev in the entire story shows that the top echelons of the government are already included in the process, which is probably well past the initial phase of writing the law.

The final position that the Russian government will take will be definitely known in 2018, but even now it is plain to see that hardline and negative stance on bitcoin has eroded in Russian corridors of power. Instead, even though the statements and news coming from Russia are yet to become aligned with each other, the country is going for a softer stance on the same technology.

This comes as a long string of different approaches to bitcoin, but also all other cryptocurrencies. In 2015, the Russian government proposed fines for anyone who is using or even creating digital currencies, which would be a catastrophic move for the local development community.

Soon after, the already steep fines were additionally boosted by a new amendment that also came about in 2015. But then, all of a sudden, the government decided in August 2016 that they are moving away from any punitive measures and now, Russia is close to the point where it would recognize bitcoin as a form of a foreign currency.

All of this showcases that the Russian state is more willing to try to work with current digital currencies than to simply outlaw them. It is most likely that the country’s central bank, Bank of Russia, had a big role in this softening, but whoever provided the scale-tipping influence should be seen as a champion by the local FinTech development community.