A Russian political party has announced its support to legalize Bitcoin and other cryptocurrencies.

Titov Boris, the Presidential Commissioner for Entrepreneurs’ Rights in Russia and the Leader of Right Cause party, recently revealed in an interview with TASS, a local news agency, that he and his party would seek to set-up regulations for cryptocurrencies including Bitcoin and a clear legal grounding so that they can be integrated properly into the Russian economy.

The Right Cause Party, also known as the Party of Growth in Russia, represents liberal free market economy and democracy. Party members believe that the Bitcoin blockchain technology is the wave of the future. This increasing importance makes it imperative that Bitcoin become an accepted part of the economic system.

Since its inception in 2009, Bitcoin has been in trouble by being in the gray area of the law. However, it has grown a lot and has developed into a major online alternative to fiat currencies. 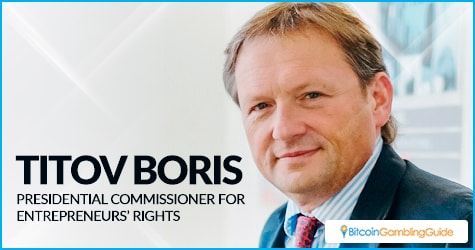 Boris said that his party estimates about more than 2 million Russian citizens already have a Bitcoin wallet. The party leader further talked about how useful Bitcoin blockchain technology was and how it could positively contribute to the struggling economic situation of the Russian nation.

The main push of the Party of Growth is to make changes to the law on foreign investments to attract foreign investors. This would allow for Bitcoin startups and mining firms in Russia to be set up. Additional help by the party can result in fewer restrictions on investments in Bitcoin. This can help increase the growth of the digital currency in the country.

Another option for The Party of Growth is to have the Bitcoin blockchain be used to conduct conventional government operations. For example, with the timestamp of Bitcoin transactions, the Russian court can ensure their records and data are correct and untampered. Since the Bitcoin blockchain is on a decentralized ledger that is very difficult to tamper with. Considering Russia’s problem with corruption this is an effective way to lessen it.

That is not all. The Party of Growth is suiting actions to words. The party is now starting to accept donations in the form of Bitcoin. This is a good move since it is only a couple of months before the next parliamentary election. Bitcoin enthusiasts and advocates would appreciate having a supportive voice in the Russian government, especially one that will push to legalize Bitcoin in Russia. 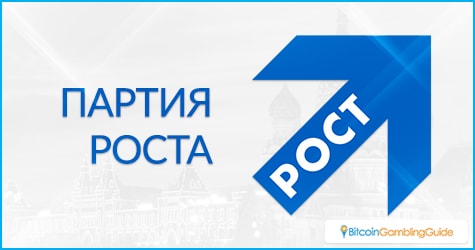 All of these actions go up against the current Russian government’s position in the past. The Putin administration has been suspicious of Bitcoin for some time now, since it presents people with a way to circumvent the tight economic controls that the government has placed on the Russian economy.

Threats of banning and even arrests have come up in connection with Russian Bitcoin users. Hopefully, this news marks a turning point of Bitcoin in Russia is treated. Similarly, this may have an effect on the continuing fight of Bitcoin for a spot in the Russian gambling market. With the rather restrictive attitude of the government toward online gambling, let alone Bitcoin, the Bitcoin gambling sector is yet to make a name in Russia.