Russia is in a bit of trouble right now. Soccer has always had a reputation for enthusiastic fans and this has spilled over into hooliganism. This was what started the trouble.

Fanatical Russian supporters are known as Ultras and have made domestic Russian football games into warzones. Primarily composed of right-wing militants, these hooligans have been known to attack police and throw flares and smoke bombs at the pitch during home matches.

Before these troubles, Russia actually had pretty good chances. Russia has a solid legacy, with the country being the first European champions in 1960. It had lost its edge over the years, but recently has managed to get back into the thick of things.

Their recent performance, with over 21 goals scored during the qualifying period, has made a lot of people sit up and pay attention. Initial odds for the Russian team were somewhat good when they were put in Group B with England, Wales, and Slovakia. 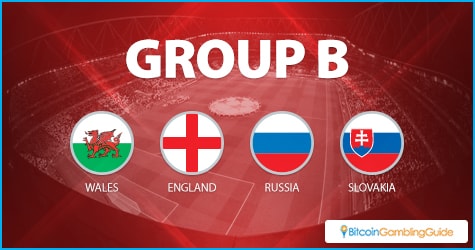 Slovakia is a good enough team, but is like a lamb among wolves with the three other teams in its group. Wales and England are favored to win the group, but the Russian lineup, filled with experienced players and a powerful striker in the form of Artem Dzyuba, would be able to fight evenly with them. This was at least until the problems started.

It all came to a head in the Marseille game between England and Russia in the first week of Euro 2016. The second match for the group and the first for both teams in the tournament, it was a surprisingly even game. The problem was the exuberant reactions of the Russian fans when their team managed to score a last-gasp goal that resulted in 1-1 result.

They stormed the adjacent English section, grabbing flags and throwing projectiles, with reports of English fans being beaten up. There were hints of this in the lead up the match as reports of violence were made several days before it.

Worries of future violence are hovering around future Russian matches. The UEFA administration has tried to respond quickly. They recently handed out a suspended disqualification to the Russian team, which means that any repeat of the violence shown by Russian fans will result in an immediate disqualification of the team.

The big result of this threat hanging over the Russian team’s heads is the fact that their outright betting odds took a beating. Initially at 80/1, now it is at 100/1 on the outright betting odds on William Hill. Not many are confident that Russian hooligans would be able control themselves. As it is, the French have already deported over 29 Russian nationals involved in football violence. 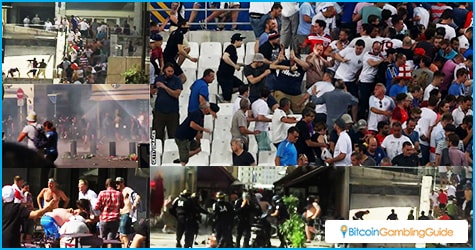 Additional effects include the fact that Russia will be the host of the 2018 World Cup. With Russian fan behavior being showed in a negative light, Russian officials say that this is an attempt to have the World Cup relocated elsewhere.

The Russian team in Euro 2016 still has a good chance of winning the next matches and even advancing to the next round, though. With the example of this year’s Leicester City’s 5,000:1 win, it would be foolhardy to completely count a team out.