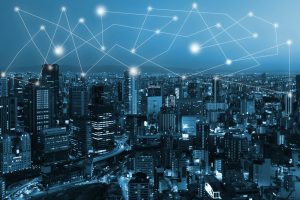 The title suggests that the current drop in the digital currency value will go down in history and as of now, this idea rings true. The cryptocurrency markets have all taken a big plunge that led to the loss of the overall market cap and also to individual digital currencies losing value.

The BTC-US dollar exchange rate entered a state of freefall once it was published that ViaBTC, a Chinese bitcoin exchange will become the second in the country to stop its domestic trading services. Still, there is a strong sense that this type of news will only continue to pour out of China.

The shock reflected itself directly into the cryptomarket. For example, bitcoin lost over a fifth of its total market cap value in under 24 hours. On a week-on-week basis, BTC is down almost 30%, while the monthly score is a bit less intense, but still worrying (around 28%).

Additionally, it took less than 48 hours for bitcoin to shed $1k from its old price. Because of this, millions of bitcoin users who employ it to do anything from creating an investment portfolio to playing online poker wish to know where does this process lead and when will it stop. There are no definite answers for this but here are some of the factors that will play a role in the recovery of cryptocurrency market and their return to the “green zone” of the trading charts.

Most analysts are eying the price of $3,700 as a relief point for the BTC network. This seems like a realistic price for a network that has the biggest market share of all the cryptocurrencies but is also the biggest target for the upheaval in China.

At the same time, the rise of the price of BTC in the last couple of months was clearly unsustainable. At one point a few weeks back, the network was actively eyeing the $5k price for a single coin, which would be a 500% increase since the start of 2017.

Aside from the fact that BTC survived the hard forking undamaged in every sense, the network had not had any major breakthroughs that would explain this surge in price. With this in mind, the $3,500 domain appears to be a lot more realistic and workable for both the investors and developers, many of whom are feverously trying to catch up with the market changes.

However, an active problem with this rally points are the bulls who have continued to exit the market. One of the main explanations for this move is the fear of other BTC exchanges, if not all of them closing their desks in China. While this might or might not happen, new announcements of domestic exchanges stopping their services will only boost this fear and most likely trigger additional selling in the nearby future.

Strength of the Dollar

To make things even more complicated for the digital currency, there is the issue of the US dollar and its current strength in the international markets. The rally to the price level of $5,000 was, in theory, due to the bullish stories related to bitcoin, which were mainly focused on the SegWit activation and the fact that many national institutions started showing interesting in the same digital currency. But, in reality, one of the most important factors was the strength of the US dollar at that point.

The Dollar index topped out around the start of 2017, which is the same time when BTC began its record-breaking rally. Even though it is a stretch to think that a weak US dollar led to this climb in price, it is more than likely that it amplified it.

Now, spurred by Fed’s tightening of policies and other elements that strengthened up the US dollar, it could stop BTC from going into a major rally right away. It should not propagate the fall of the BTC value, but it will most likely make it hard for the cryptocurrency to revisit its levels at $5,000 in any short term.

The Potential for Recovery

Technical analysis shows that the current sell-off is entering a phase of overkill and that a minor relief rally is on the way. But, it is difficult to gauge, even with the use of the Fibonacci method, where the rally point will occur. Right now, the best guess puts the same point at between $3,300 and $3,400.

However, most are warning that the value could slide down all the way to $2,350 if the news from Chinese exchanges continues in this manner. In other words, if China keeps on putting the pressure on the domestic trading of BTC, it will pull the price below $3,000 without any doubt.

At the same time, technical data shows that no major rally will occur without being in synch with a weakening of the US dollar. Historically, the charts show that the same fiat currency gains in strength in the third and fourth quarter. This is completely logical being that the holiday season replaces the vacation season, bringing in more spending cash and more industrial and service sector activity.

The big September plunge is still ongoing, so it is hard to make any definite points about it. Ethereum was hard hit by the Chinese ban on ICOs while the current drop in domestic exchange is impacting BTC, which is in turn impacting everything else. All of the same are also impacted by a strong US dollar.

However, while the interplay here is complex and difficult to gauge, one thing is certain – China is the main nation of the digital currency domain, for better or worse. This is even more apparent when the fact that most digital currency mines are also located in the same country.

With this amount of power and relevance, it is more and more clear that right now, digital currency dealings of all types are directly tied to the corridors of power in Beijing. While this fact was not created by design, it is a cold reality many would dare to deny and any movements inside of the same nation will continue to reflect with force and effect on the global cryptocurrency field.