When people play at online casinos, many of the games they can find there are slot games. This is mostly because of simplicity. At heart, slot games are pure luck. All that people do is click on a button and the reels spin to a random result. This simplicity has made it possible for many software developers to put out many variations on the game, ranging from undersea adventures to flights to outer space.

Developers are still releasing their own take on the slot game, with unique themes and gameplay twists. Here are some of three most recent releases by some of the top developers out there: Realistic Games, Microgaming, and iSoftBet.

Microgaming also has a new product. Cashing in on the zombie craze, Lost Vegas has players pick between a zombie and a survivor, and join the struggle for Las Vegas during a zombie apocalypse. With 243 ways to win, players will have a great chance to experience all that it has to offer. 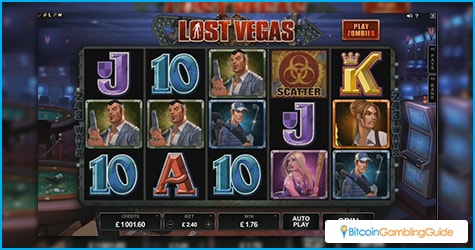 There are many features that will please players like the Zombie Fist of Cash punching out onto the screen, and a Blackout Bonus which scans the reels for Zombies or Survivors. Both of these award prizes and can be triggered randomly in the basic game.

The game is even more enhanced when the free spins feature is triggered. This happens when three or more scatter symbols appear on the reels or if one scatter symbol lands on the reels during a Blackout Bonus. With Halloween on the horizon, this game is perfect to send chills running up players’ spines.

Realistic Games’ latest slot title is Crystal Clear. Developed for multiple platforms, online gamblers would be able to play this game on a wide variety of devices like their phone, tablet, or desktop. With the game’s simple theme of crystals, players will have an interesting time as they try to match them.

The game has five reels and 10 pay lines, resulting in good chances of a win for the player. This is especially because of the eight wild symbols on each reel. When a player gets a winning combination, all non-Wild symbols are converted to wild symbols and will remain so until no win is obtained or the jackpot is won. This ensures that players will have a better chance of winning. The game is also pretty generous with its jackpot. The most a player can win is 1,000 times their original wager.

Seven is the lucky number in iSoftBet’s latest offering: the futuristic-looking slot game Slammin’ 7s. With bold colors and rhythmic music, Slammin’ 7s is a one-of-a-kind slot game that shows off the creative chops of iSoftBet. 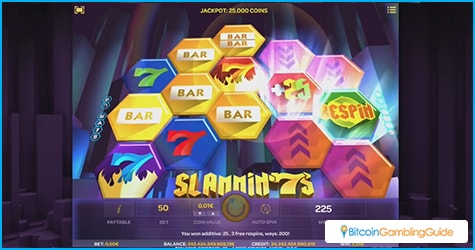 Winning combinations are created by getting green, red, or yellow 7s on the reels. The other way is to get single, double, and treble bars. A jackpot of 25,000 coins in normal play can be won on a regular spin, while bonus games can win players up to 50,000 coins. This is made possible by free spins, along with additive symbols and multipliers used in the game. Players will have a lot of chances to win big.

These three new slot games offer players new experiences. Online gamblers should try them out now to see what they are missing. The Microgaming and iSoftBet slots can be found in Bitcoin casinos like BetChain Casino, BitStarz, and Golden Star Casino, while the Realistic Games slot can be accessed at William Hill and others.