Despite the soaring Bitcoin prices, there is a chance that history could repeat itself again. With more and more people buying into the cryptocurrency and believing that prices could go even further, another bubble might occur.

Bitcoin gained momentum in December but had a rocky start in 2017 where its value plummeted by nearly $200 in just one hour.  Despite the drop, the cryptocurrency slowly climbed back to the $1,000 mark. Feb. 23 was when the Bitcoin price finally broke past the 2013 price level. 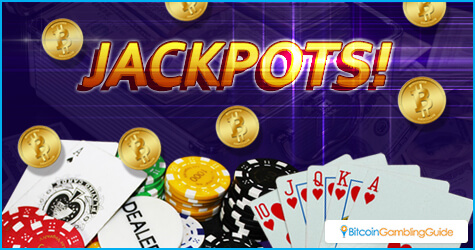 Since then, Bitcoin still continued to climb. As the time of this writing, the Bitcoin value got to the $1,285 point, which is just a short jump to the $1,300 level.

According to the recent data, there is a bullish mindset among traders who are looking for the long-term goal. On the other hand, Whaleclub platform showed the market average was about 90-percent long in the last seven days. It even saw an average of 94 percent back on Feb. 28.

Another reason many are buying Bitcoin is the high expectations on first Bitcoin ETF given the green light by the US Securities and Exchange Commission. The commission has until March 11 to make its decision.

The Bitcoin ETF approval might have a small chance of occurring. If it did get the green light, the market might draw in $300 million within just the first week after the decision. Willy Woo, another market analyst, is looking at a 25-percent chance of the ETF to get its approval and about $500 million will enter the market.

Bitcoin casino players looking to increase their coins should still aim for a big payout or a massive jackpot on or before March 11. When the Bitcoin ETF gets the green light, players might more than double the value of the digital currency they own. One casino to target is BetChain Casino’s jackpot which is more than 8,800 BTC and is still increasing. Another is BitCasino.io’s collection of jackpot games which have a total of more than 12,900 BTC.

Many people are expecting Bitcoin prices to soar after the ETF decision. However, Vinny Lingham, a Bitcoin evangelist, said that the long-running bullish sentiment on the ETF could even lead to a bubble where the Bitcoin prices would sharply fall. 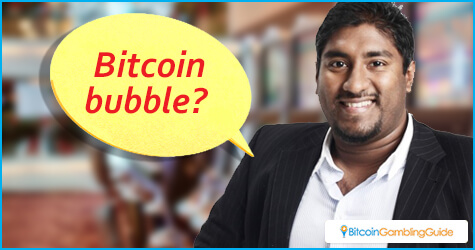 According to Lingham, people are already expecting a price jump of $150 from the $1,200 level as March 11 approaches. Should the ETF get a green light, he speculated that the price would go up toward the $2,000 level from the $1,300 point. Prices would still go up past the $2,000 level, though. At this point, a similar situation from 2013 might occur.

Lingham said in a report:

“I’m hoping this post serves as a warning to those who are welcoming another spike in Bitcoin. $1300 is a significant psychological price point. This is the point that arguably no one who had previously bought coins during the last “bubble” is under water. Sure, some people may have taken some losses and sold the coins, but as a whole everyone who didn’t believe in Bitcoin now starts to believe again. Therein lies the danger.”

With the warning at hand, the Bitcoin price continues to outperform the previous records.