There is some big news for Bitcoin gaming fans this week. EverDreamSoft’s Spells of Genesis opened its doors last Sept.15 and introduced a web version of the mobile game. The blockchain trading card game has been in development for a couple of years now.

EverDreamSoft first came up with the concept after they met success with their mobile card game app Moonga. The company decided to join in the blockchain trend by developing a game that took advantage of the decentralization and quick transactions that it allowed for.

Spells of Genesis needed to be funded, though, and EverDreamSoft broke the news last year on what they were working on. This resulted in a round of crowdfunding for the project, with the company selling off BitCrystals, the game’s planned currency. 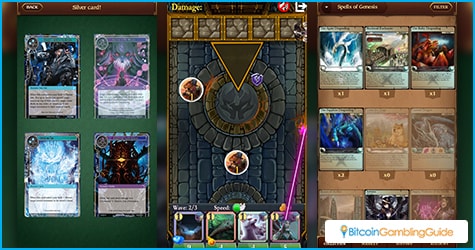 The project has been vocal in keeping the world updated on the game’s development and it was only in the middle of this year that Spells of Genesis entered closed beta. With a soft launching, however, the training wheels come off and the general public gets to see if Spells of Genesis can deliver.

Basics of the blockchain game

For those who need an introduction, Spell of Genesis is an online trading card game set in the world of Moonga. Players can fight each other similar to card battles found in Hearthstone and other online card games.

Players get to collect and use cards for their abilities to beat their enemies in the game’s battle system. Cards can also be fused together to create new and more powerful versions for play. That is not all that players can do. It features daily quests and in-game achievements so that players would be able to get a sense of progression and be more attached to the game.

However, the biggest draw is its integrated cryptocurrency. People can buy and sell cards for BitCrystals, but they also happen to be a legitimate cryptocurrency outside of the game. This means that people can actually buy items with them and use them for transactions.

BitCrystals are created on the Counterparty platform and can be purchased on digital currency exchanges like ShapeShift and Poloniex. Furthermore, BitCrystals will soon be added to the decentralized exchange, OpenLedger. With an altcoin as an integral part of the game economy, Spells of Genesis is an interesting experiment in monetizing the gameplay experience. 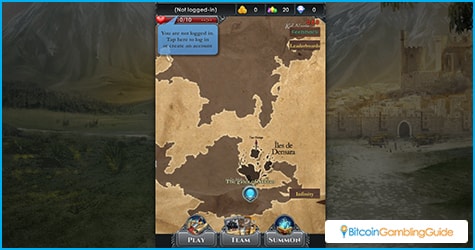 The development of BitCrystals is just one part of the entire Spells of Genesis phenomenon, though. Right now, with the game opening its doors, EverDreamSoft pulled a trick up its sleeve. The current release is the WebGL version, which means anyone can play on their browser. This is to test the servers and iron out the remaining kinks.

The company has plans of a full launch, with the release of a mobile app on the horizon. The addition of several exciting new features is also planned. It will be great to see how Spells of Genesis develops as the game finds its feet.