The Rio Olympics ended two weeks ago with much fanfare. A lot of countries and athletes went home with medals and achievements that they deserved. But it was not just them that went home with a big haul. With the many sporting events being held, sportsbooks had a field day accepting wagers. SportsBet.io, the recently-launched sports betting site powered by CoinGaming, was a big beneficiary of the Olympic fever.

The Bitcoin sports betting site experienced a bump in wagers all throughout the 16-day run of the Rio 2016 Olympics. SportsBet.io estimates that 40 percent of the wagers during that period were from Olympic sports bets. 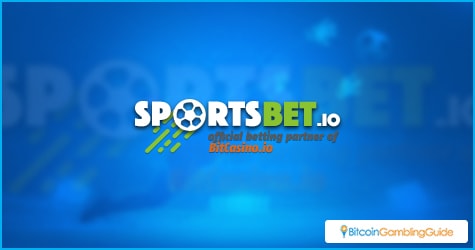 The most popular sports for wagers were tennis and football. Tennis was a popular choice despite the absence of some of the heavy hitters in the field, but Andy Murray’s presence seemed to balance their non-participation. Football is to be expected, with its worldwide popularity and Brazil’s own fascination in the game contributing to it.

For solid numbers, a quarter of all Olympic bets that were placed in August were on tennis. Andy Murray’s gold medal-winning game against Martin Del Potro proved to have the most bets in the tennis division. As for football bets, one in five bets were placed on the sport.

Surprisingly, handball saw the same ratio of bets. The most popular even for bets, though, was from neither sport. It was Serbia’s basketball match versus USA, while a whole lot of people were betting on Usain Bolt.

Though pre-match betting is being offered by the site, it was in-play betting that proved popular during the Olympics. Sixty percent of bets placed during the games were during the events themselves.

The Olympic betting continues SportsBet.io’s winning streak when it comes to big sporting events. It previously enjoyed a rise in bets when the UEFA Euro 2016 and even had a very successful promotion to get people interested in wagering on the tournament.

SportsBet.io also held an interesting pre-Olympics promo. This was a traditional lottery held from Aug. 5 until Aug. 8, with a draw on Aug. 9. Players made wagers and this earned the player’s tickets. Only one ticket per day was allowed per person, per IP, and per household. Bettors were automatically credited the tickets the next day. 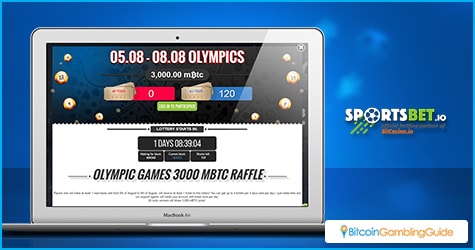 Over 26 lucky winners shared in the 3,000 mBTC prize pool. The first prize was 1,000 mBTC, while the second prize winner received 500 mBTC, and the third received 200 mBTC. The fourth to the sixth prize winners got 100 mBTC. Finally, everyone else received 50 mBTC.

In the end, this promo was a big success and had people placing a lot of wagers in that period. This primed the pump and had sports bettors getting excited about the Olympics on SportsBet.io. Sports bettors will be waiting what this Bitcoin sportsbook will come up with for the next big events.