The Manila Major was a roller coaster ride of various emotions as 16 of the world’s best DOTA teams clashed for the top prize. In the world of eSports, the various teams have avid fans and the livestreaming of the various matches made for good viewing.

One of the reasons for the attentive watching of the matches is the fact that eSports betting for the Manila Major was hot and heavy. Several sportsbooks livestreamed the proceedings while a lot more gave odds for the individual matches. With the Manila Major a part of Valve’s championship series, this resulted in a lot of people paying attention and playing wagers.

When the Manila Major started, there were definite favorites among the list of participants. Team Secret was coming off its Shanghai Major win, so a lot of people were looking forward to what they were going to do. However, they had a string of losses before that so many were thinking it was a fluke. 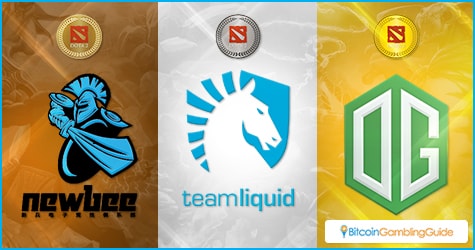 Another favorite was Team Liquid. The veteran team showed strong a performance in Shanghai and ESL One Manila, finishing second both times, and winning EPICENTER.  A lot of people were wagering that they were going to win. Team OG was another top team favored to win. With the Frankfurt win under its belt, OG has consistently faced down other skilled teams, but it could be hit-or-miss when it came to its performance.

With the competition divided into an upper and lower bracket, it gave a lot of teams a chance to shine. Interestingly enough, one of the qualifier teams showed off a great performance. Newbee, the winner of the China qualifier, managed to blitz its way through its matches. Before the recent EPICENTER tournament, they were running hot with a 21+ win streak. Their performance in the Manila Major proved that this was no fluke.

As the series continued, Team OG completely dominated in all of its matches. Initially beating out fan favorite Natus Vincere. OG also managed to defeat MVP Phoenix and Newbee in close succession. The final matches were between Team Liquid, which had been knocked into the lower bracket, and Team OG. Team OG walked away the winner, while also setting a record as the first two-time champ of the DOTA Championship series.

With Team OG’s victory, a lot of bettors managed to see a big payday. This mostly stems from how Bitcoin betting on eSports works. eSports betting has two modes, the standard odds payout and pari-mutuel betting. Vitalbet and Nitrogen Sports are two examples of sites that offer the usual sports betting experience with odds that influence the payout. With two equivalent teams, the odds were pretty good on both sides. 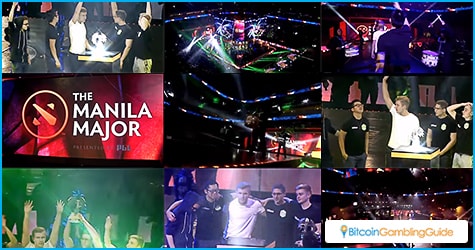 On the other hand, Gamebet.gg and OneHash are sites that provide pari-mutuel betting, with the pot being influenced by how many people bet on the opposing side. With dedicated fans, the combined pot became pretty big. This assured a good haul for those who bet on an OG win.

The impressive performance of the Manila Majors when it came to Bitcoin eSports betting is a good sign of the market’s increasing maturity. People can expect similar performance in the future.