NetEnt is a world-renowned gambling software developer. Hundreds of online casinos all over the world use the company’s games to entertain their players. With a crack team of developers, NetEnt has been producing hit after hit in its years of making games. With over a hundred games in its library, it can be hard to pick out which ones to play. Here are some of best NetEnt slots that were recently released.

Guns N Roses slot is a five-reel, 25-pay line game and it uses the theme to the limit. Guns N’ Roses fans will enjoy playing this game, while watching concert videos and listening to the great sound track. With five classic songs from the Guns N’ Roses discography to choose from, players can play while listening to a favorite tune. The gameplay is also undeniably fun. Players can boost their wins with wild subs, expanding wilds, and encore free spins. The big jackpot comes when players get the Appetite for Destruction bonus after winning the bonus game. 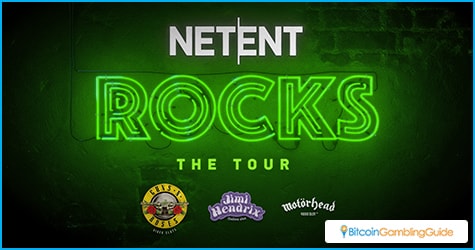 Put the pedal to the metal with this racing-themed slot game. With a storyline that reminds players of the Fast and the Furious series, the Drive: Multiplier Mayhem slot wants to get players’ blood pumping. With hand-drawn graphics, players will be pleased by the excellent gameplay. The five reels and nine pay lines of the slot game can make it harder to win, though. Fortunately, the game provides some help with free spins and bet multiplier. At most, players can get over 120 times of their wager.

Motorhead slot is one of NetEnt’s newest products. Motorhead has the standard five reels but has 76 pay lines. Inspired by the legendary English rock band, players get to watch the reels spin against a live music stage backdrop. Like in Guns N Roses slot, players can select their background music. They can choose from four popular Motorhead songs: Ace of Spades, Iron Fist, Killed by Death, and Overkill. Playing Motorhead is more than an experience, though. Players can get lucky and win a big jackpot with the Bomber feature and other bonuses available.

When Pigs Fly slot is a humorous five-reel, 20-pay line slot game. The game’s theme is about a pig astronaut and it uses a unique cross-shaped grid. The grid opens up the more that a player wins, resulting in more chances to win. Additionally, a winning combination in any spin of the main game activates one re-spin, up to a maximum of five re-spins. On the next win after that, players get eight free spins and a completely open grid, with 3,125 ways to win.

These games are just a sample of what NetEnt can deliver. Try out more of their games to have more fun playing Bitcoin slots in the leading online Bitcoin casinos today.