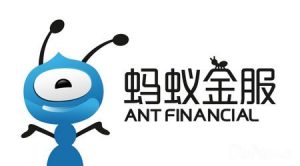 In the world that was re-made through the series of industrial revolutions, the system of governance became more varied than ever before. At the same time, economical structures that are the foundation of the same government alternatives are also substantially different from each other. That is why the modern world is often layered in three distinctive classes – the developed countries, developing ones and the undeveloped. There are other terms for the similar idea, but all of them basically divide the planet into rich countries, poor ones and those in-between.

But, as the world became intertwined using technology, especially the IT advancement, suddenly people in the developed world found themselves with the opportunity to help others less fortunate, even those who live on the other side of the globe. A mechanism that allows for this also comes in different forms, but one of the most dominant is the notion of charitable organizations.

Since they originated in Europe over the 18th and 19th century, charities of different types and causes have spread throughout the world. In some places, they incorporated themselves in an existing cultural or religious mentality that included some form of direct action charity. In others, it gradually created the infrastructure for either the process of gathering funds or their allocation to the defined cause of the charity.

Unfortunately, a large number of these organizations ended up working in a manner that is anything but charitable. Here, even those which did allocate funds for their projects still kept a large chunk of it for their own purposes, like the promotion of the same organization, essentially becoming a light version of a classic business organization.

As the number of charities grows and the ability of people to access them, thanks to things like bitcoin or digital payment services, also ramps up, the problem of charity accountability continues to persist. Today, people can employ BTC to support a charity in the same manner as they would access an online casino, but the issue of where does the money actually go lingers on. Now, a concept has emerged that desires to employ blockchain as a way of making the dealings of charities more transparent and safer for all involved.

Ant Financial is Alibaba’s payment affiliate and recently it announced that it is moving to the domain of charity project that will be supported with a blockchain network. The project will be spearheaded by Ant Love, a charity arm of Ant Financial and the first info on this initiative came in the summer of 2016. At the time, the same organization explained that their goal was to start using this tech to provide charities with more transparency.

More precisely, the platform that is currently being developed is supposed to provide elevated visibility into things like charity disclosures, donor histories, and much more relevant info when it comes to the financial procedures in these charitable organizations. For a lot of people interested in supporting a charity, this data can mean the difference between saying yes or no.

Cheng Li, CTO of Ant Financial stated that the blockchain’s decentralized features allow it to be blended into the charity processes really well. Additionally, the blockchain means that the transaction history is a lot more reliable and very resistant to any kinds of tampering.

While all of the previously stated details occurred almost a year ago, news sources from China are reporting that the Ant Financial is going to include additional companies onto the developing platform, along with charities, media groups, and donor organizations. For many, the success of the company with Alipay, the dedicated Alibaba service for payments that the Ant Financial developed, is a great indicator of their capabilities.

Currently, it services over 450 million users, which is a staggering number, especially in the light of the recent crackdown on the digital currency industry in China. This level of accomplishment shows that the company could easily develop a platform that would track donations to a charity and the way they are distributed to the user group.

At the same time, China can also quickly provide the platform to a range of interested national charities, having in mind the size of the country. This way, all testing on the active platform could be completed inside the Chinese state before the platform moves to a global market.

It could be argued that charities always had the problem of developing a reliable accountancy process that would keep every one of their donors in the loop. The issue is not only related to the idea of fraudulent, which impacts only a very small number of organizations but to the overall process of movement of money. For example, Live Aid is one of the best-known examples of funds ending up in the hands of Ethiopian officials that took them to the arms market and further fueled the conflict which the charity tried to impact in a positive manner.

Of course, this is the hallmark of the modern world and problems of different kinds are bound to happen. One of the most recent controversy surrounding charities was related to the issue of which funds do actually go to the recipients. A research discovered that it is not rare to have organizations where 90% of all gathered donations go to the further propagation of the same charity. While this is not criminal, the imbalance of only one dollar in $10 going to the people and causes that actually need it is staggering.

Because of this, the platform developed by Ant Love could be the ideal remedy for the same issue. With it, donors could track their money as it moves through the pipeline of the charity and this way get full disclosure. Naturally, not all charities will jump at the opportunity to attain this type of a platform, but even those who say “no” without a good reason will send a message that will resonate loud and clear with potential donors.

With the help of a blockchain platform that would make charities more transparent, the process of helping those individuals and causes that are in need could be greatly improved.