PokerStars, the biggest online poker room in the world, is once again holding the World Championship of Online Poker.

The tournament series has been running since 2002 and is often considered the equivalent of the World Series of Poker. As the largest online tournament of its kind, the WCOOP has received a lot of attention through the years. It has also changed a lot.

The first WCOOP in 2002 lasted only eight days and had nine events. Nowadays, it will last for nearly an entire month and have around 100 events. The tournament series made history when the WCOOP 2010 Main Event champion Tyson “POTTERPOKER” Marks won $2.2 million. That is currently considered the largest online tournament prize in history right now. 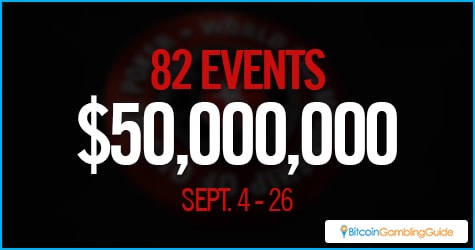 This year’s WCOOP follows after last year’s big WCOOP. Touted as the biggest ever, the 2015 WCOOP had 70 events and over $45 million in its prize pool. It was a great success. One of the highlights of the series was the biggest buy-in tournament ever held online, the $51,000 Super High Roller.

Many elite players and fans were quite excited about it since the large buy-in meant that there was a potential for a big pot. Super high-roller events had become very popular and the WCOOP wanted to get in on the action.

Another noteworthy element of last year’s WCOOP was that it held three different three-day events and had over 15 Championship events. These made the event fun and challenging, attracting players from all over the world.

Last year’s WCOOP ended on a high note with Brazilian ‘Coenaldinho7’ beating a field of 1,995 entries in the $5,200 buy-in PokerStars World Championship of Online Poker (WCOOP) no-limit hold’em main event. This got him $1.3 million and the title.

Keeps on getting better

With such high expectations, this year’s WCOOP has decided to top last year’s extravaganza. The Super High Roller event is back and PokerStars will be doubling the buy-in to an impressive $102,000. That is just one of the events that will be highlighted and streamed on the PokerStars Twitch channel. The NLHE 8-Max High Roller and Main Event will also be getting the same treatment. Those are just a small fraction of the events being featured in the event. With nearly a hundred events being held from Sept.4 to 26, there are events for everyone. 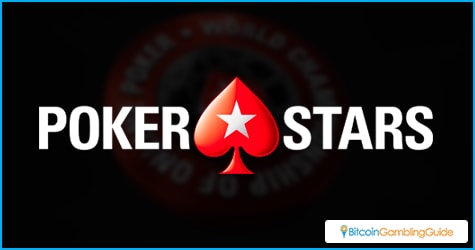 There is even a mini-WCOOP running alongside the main event. This is for those who find that the buy-ins for the main tournament events are too high. They feature the same events but with a buy-in at the fraction of the cost. This will allow players with fewer resources to experience the same thrill as their more moneyed counterparts.

PokerStars started the WCOOP as a celebration of the game of poker. With all of the upcoming events, people will be sure to be in a celebratory mood. Meanwhile, poker fans who wish to enjoy playing poker with Bitcoin can check out the series of online poker tournaments that accept Bitcoin.

Non-online poker players, on the other hand, can head over to Barcelona for the European Poker Tour also sponsored by PokerStars.