It is not a secret that the Bitcoin price has been on a slump, barely breaking the $300 mark since January this year. For the past months, it has been trading at above $220 but rarely did it go higher than $250.

Some say the Bitcoin value is still correcting while others believe it is simply finding the right time before making another spike. The latter, however, proves to be the more realistic prediction if last week’s price movements are to be considered.

Despite the constant small declining waves, Bitcoin registers an optimistic increase with its value resting above $247 as of writing. This is a significant Bitcoin value increase from its price that had been playing in the $230 range since August, during which the price slumped dramatically.

Reports and analyses point out that should enough support is given to the digital currency in terms of trading, there are possibilities that the Bitcoin value may continue trading above $245 or even reach $300. 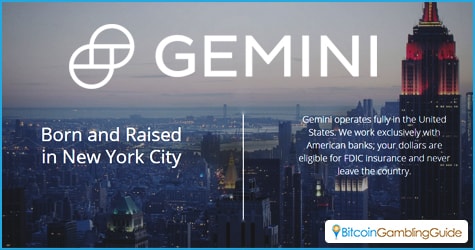 Contrary to the cause of the majority of Bitcoin companies, following the regulations may yield positive results that influence the performance of Bitcoin in the market.

This is evidenced by the launch of Gemini, the first US-regulated Bitcoin exchange created by the Winklevoss twins. Its debut, however, may just be coincidental with the modest price increase, but the mere fact that this exchange follows regulations and not go against the rules could bring Bitcoin back to the good side of things after the series of controversies and scams connected to the cryptocurrency.

Although Coinbase previously unveiled its exchange platform that supports 24 states, Gemini is already legal in 27 states, and it awaits the nod from the rest of the country. In essence, Gemini will be the first Bitcoin exchange that fully complies with the US laws.

This, therefore, also brings the notion that should following the legal framework at hand result in a solid performance of the Bitcoin value. Put in the perspective of the iGaming industry, will adopting Bitcoin and exposing it to the online gambling regulations help Bitcoin gambling break out and enter the mainstream market?

Bitcoin gambling continues to thrive and provide online bettors with another means to wager and win. Its growth, however, is hampered by the legal structure set up by various jurisdictions.

With Bitcoin being decentralized, it has the liberty of enabling anyone to use them, even for online gambling. But this restricts Bitcoin gambling to a niche on its own, shadowed by the dominating world of real-money gambling.

Thus, in order for this industry to expand and receive full adoption, following the regulations may be the next step to consider. 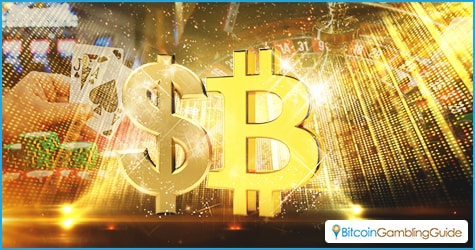 It would be an understatement to say the least that doing this will be received negatively by the avid Bitcoin gamblers. After all, abiding by the strict rules employed by the authorities on online gambling will strip off the essence of using cryptocurrency, such as anonymity.

Nevertheless, there are multi-currency casinos that already exist today—online gambling sites that accept both real money and Bitcoin. Take Princess Star and Americas Cardroom for example.

Arriving at a competitive and strong Bitcoin value, a regulated Bitcoin gambling industry may already be equipped with the essentials to establish a name for itself. No longer will it lurk in the shadows of the fiat-operated iGaming sector and it will be backed by a stable and powerful digital currency.

While this is but one speculation that may result once the Bitcoin value strengthens and the Bitcoin gambling industry embraces regulations, this remains a viable path not only for the Bitcoin gamblers to anticipate but also to benefit from. Unfortunately, this scenario will not be possible with either one failing to materialize.

The questions to ponder now are: should player anonymity and decentralization be put at risk in order for Bitcoin gambling to prosper, and can this market not grow with a struggling Bitcoin value?