In an announcement a week ago, Vantiv Entertainment Solutions decided to suspend its payment processing services to the daily fantasy sports industry by the end of February. This is a devastating move to the market since Vantiv has closely worked with many of the leaders in the industry. FanDuel and DraftKings are two of the company’s major clients and they will definitely feel the pinch.

The pressure is on

This move by Vantiv is no surprise after the recent setbacks experienced by the daily fantasy sports industry. The trouble all started when New York Attorney General Eric T. Schneiderman demanded that daily fantasy sports companies stop operating in the state because it could be considered as gambling and thus considered illegal. This was quickly followed by six other states declaring the same thing.

FanDuel and DraftKings were not going to take this lying down though. They quickly made legal challenges, but the final decision is still tied up in the courts. The backing out of Vantiv is just the latest in the string of setbacks faced by daily fantasy sports sites.

Vantiv, a payment processor since 2009, is no stranger to gambling. The main problem is that the daily fantasy sports market is currently in the ‘Wild West’ era, with no solid legislation to pin things down.

Casinos, betting, and other gambling industries have a lot of rules that people are aware of. This ensures that a company would know whether it is doing something wrong. Without solid legal grounding and the current challenges against the industry, people are worried that what was once a moneymaker may suddenly become a liability. 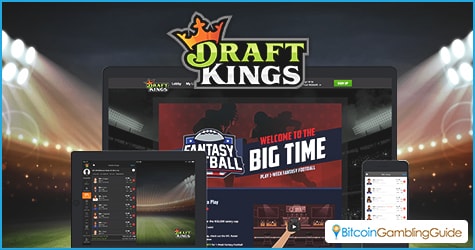 With a major payment processor backing out, the daily fantasy sports market is looking at a major problem. Daily fantasy sports thrives on daily bets and ensuring those bets get processed and wins are released is a major endeavor. Although Vantiv is just one payment processor, the problem is if the others, PayPal and the major credit companies, follow suit. The industry could collapse overnight, and this is where Bitcoin comes in.

Bitcoin in this market is not a new idea. Bitcoin fantasy sports sites have been attempted before, but they closed shop quickly. This could be blamed on the fact that the daily fantasy sports industry is based mostly around the US and other payment options were more convenient. With the law cracking down on the industry, though, Bitcoin is fast becoming an attractive choice.

The main advantages that Bitcoin can provide are the facts that it is unregulated and decentralized. The main reason the US government is after this industry is that the latter does business using the dollar. Bank transfers and payments are covered by federal and state regulations while Bitcoin transactions are not.

The decentralized nature of the blockchain network also ensures that the payments are independent of any central processor. All transactions are processed on the network, reducing processing fees and enabling continual transactions. With its advantages, Bitcoin for daily fantasy sports can smooth out the way for the industry. 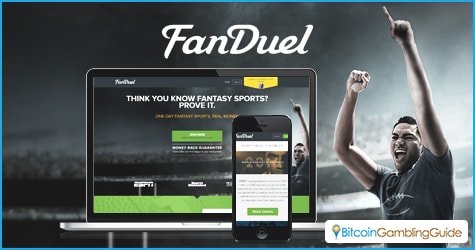 Meanwhile, although Bitcoin presents a viable option, DraftKings is keen to remain a fait-operated site with its recent launch in the UK.

DraftKings already obtained a gambling license in the UK and has started offering European football contests since last week while FanDuel is already planning to expand in the said region. This development indicates the willingness of the two daily fantasy sports sites to submit to regulation, which is in contrary to their previous appeals back in the US.

The expansion in the UK and the acquisition of the gambling licenses, however, contradict DraftKings and FanDuel’s plea that daily fantasy sports is not a game of chance but of skill. This may also hint the delay in the integration of Bitcoin as a means of payment.

With the legal issues and seven US states declaring daily fantasy sports as illegal, DraftKings, FanDuel, and other sites of the same nature could start looking into adopting Bitcoin should they intend to stay on the US market.