The drama that once swept the Bitcoin markets finally came to an end. BitLicense was made official. But this only opened a new chapter for Bitcoin supporters and speculators to follow. The plot thickens as all eyes are on the impact New York’s Bitcoin regulation will have on the cryptocurrency industry.

The first few days since the implementation already witnessed the number of Bitcoin companies begging off on the mandatory application for the license, provided they plan to continue operating legally in New York.

The repercussions of the regulations, such as those of BitLicense, forced industry leaders and innovators like BitFinex, ShapeShift.io, and GoCoin to leave their Big Apple offices. There are other Bitcoin businesses opting to remove New York from their target markets, and one of the usual reasons are the high licensing fees involved.

Not all Bitcoin businesses bid farewell

It could be New York’s potential to become an ideal market or the company’s ability and determination to continue providing services. Regardless of the reasons, several companies have already embraced BitLicense, exuding their dedication to explore market opportunities with the New Yorkers on board.

Reports have already indicated more than 20 companies have applied for the license, and the 25th to have decided to keep serving the state is Coinbase. 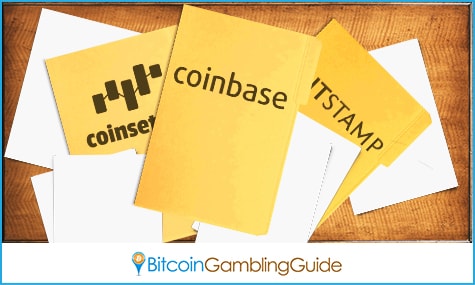 The popular Bitcoin services provider is known for its Bitcoin wallet and exchange services that cater to cryptocurrency users within and outside the US. It recently launched the first US-regulated Bitcoin exchange, and it plans to broaden its market by expanding to other countries.

Coinbase, which joined Bitcoin exchanges and service providers like Bitstamp and Coinsetter in filing for a BitLicense, views this move as an essential step in fulfilling their market goals.

A Coinbase spokesperson shared with an online publication that the company intends to be fully licensed in order to provide US consumers, developers, and merchants with their existing and future services.

Clearly, the costly fees that discouraged other Bitcoin companies were not an issue for Coinbase, as was the case for the other businesses.

According to reports, Bitstamp shelled out about $100,000 for the application, exclusive of future fees that may be required by the NYDFS. 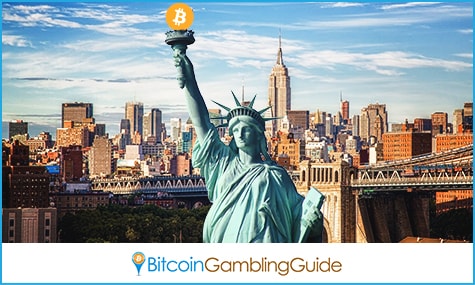 Is New York the stepping stone?

Arguing that Bitcoin companies need New York to succeed may not be as powerful for some, especially to the businesses that ignored BitLicense. However, for Coinbase and the other companies that have already filed for it, this market is just as necessary as the rest of the US states, thereby highlighting the role of BitLicense in market success.

In the case of Coinbase, being able to serve the entire US market is crucial to their existence, mainly due to the facts that doing so puts the company on the pedestal and that it is the smartest decision in order to cater to the increasing demand for Bitcoin services in the US.

Moreover, abiding by the regulations imposed by a state already shows Coinbase’s stand should other countries enact their own regulations toward cryptocurrency use.