The Rio Olympics are in full swing and one of its highlights is fast approaching. Next week will see the 100-meter race for both men and women. With some of the world’s fastest runners participating, a lot of sports bettors may want to place a few wagers so that they could be a part of Olympic history and earn a bit of money. The two races will be held on Tuesday and the competitors will be an interesting mix.

The elephant in the room when discussing the men’s 100-meter race is Usain Bolt. The Jamaican racer rose to popularity when in the 2008 Olympics he not only won two gold medals for the 100-meter and 200-meter races, but he also managed to break records in both categories. This has led to the Jamaican being called the fastest man alive. 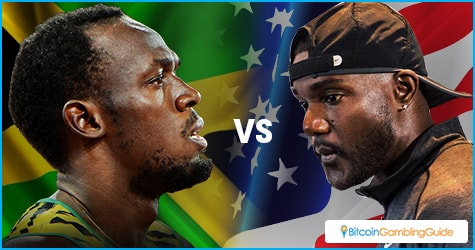 He finished the 100-meter dash in just 9.69 seconds, while he completed the 200-meter race in just 19.30 seconds. If that was not enough, he managed to repeat the feat in the next Olympics, breaking his own record. As the clear favorite, a lot of sportsbook are releasing odds for the race. SportsBet.io has put Usain Bolt’s odds for winning this race at a solid 1.50.

Bolt will not have everything served on a silver platter, though. The race in Rio 2016 Olympics does offer him a challenge in the form of Justin Gatlin. The athlete first appeared in 2004 Olympics in Greece, where he won a gold medal. He was banned for a few years for doping but has come back with a vengeance.

Justin Gatlin has recently been timed finishing the 100-meter race at 9.80 seconds at the US qualifying trials. If he shaves a few more seconds then he may be able to beat Bolt. SportsBet.io puts his chances at a solid 2.65. As for the other competitors, the third and fourth place favorites are Trayvon Bromell and Yohan Blake, but their odds are in the double digits, making their actual chances really low.

Other Bitcoin sportsbooks agree that both Bolt and Gatlin have the highest chance of finishing the race with the fastest time.

The women’s division is a more contested competition. The top three favorites according to Bodog odds are Dafne Schippers from Netherland and the two Jamaican runners, Elaine Thompson and Shelly Ann Fraser-Pryce. 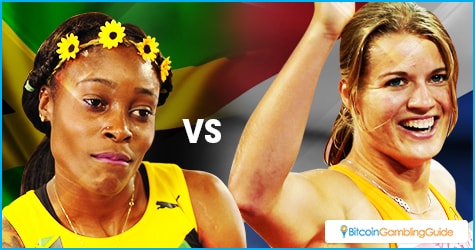 Schippers managed to get a time of 10.91 in early July for her Olympic Trials, while Thompson and Fraser-Pryce dominated with their impressive speeds at their trials. Thompson managed to break the national women’s record and finished in 10.7 seconds. Moreover, Fraser-Pryce reached the finish line in 10.93 seconds. Both are impressive times. It will be a close for the finish line.

The 100-meter race, however, will not be the end of racing for the Olympics. Some of the runners will be participating in the 200-meter dash and even the longer relay race. Sports bettors may want to scout out the runners’ potentials for future bets.