Tennis remains one of the most popular sports in the world today. One of the biggest tournaments of the season is taking place as we speak. The balls are flying over the Wimbledon grass, and both the men’s and women’s brackets are looking very strong so far. Bitcoin enthusiasts can wager some money on the outcomes of these games, and earn some good profits while doing so.

Before we take a closer look at the men’s and women’s brackets, there is an interesting fun fact most people may not know about. The Wimbledon prize pool has been increased by five percent compared to 2015. Unfortunately, the Brexit has devalued the Pound Sterling by a bit, negating this price increase entirely. That does not make the tournament less exciting by any means, though.

The men’s bracket is filled with talent

Every year, there is the same list of fan favorites to win the Wimbledon trophy. Roger Federer, Andy Murray and Novak Djokovic will be on nearly everybody’s shortlist. But the world of tennis is constantly evolving, and new talent is making their way to the grass of Wimbledon. David Goffin, for example, has been making quite the name for himself over the past twelve months. It wouldn’t be the the first time an outsider won this tournament either. 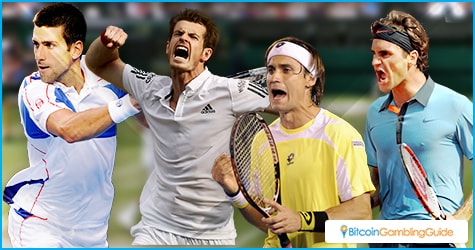 The draw for this tournament has been quite interesting as well. None of the main favorites will face any serious opposition until the fourth round at the earliest. If the stars align, the game between Djokovic and Ferrer in the fourth round could turn out to be a classic. Federer and Murray will have a slightly easier route, as they will not meet any – on paper – significant opponents until the latter stages of the tournament.

But that does not mean there are no exciting games to look forward to today. Del Potro is taking on Wawrinka, and both gentlemen know a thing or two about tennis. The game between Isner and Baghdatis is underway as we speak, and the outcome of this match is not guaranteed by any means. DirectBet has Isner as the fan favorite, though, with odds of 1.41 compared to 2.8 for Baghdatis.

Who will take it all in the 2016 edition of this majestic tournament? The answer to that question remains up in the air for the time being. DirectBet has Novak Djokovic as clear-cut winner at 1.77 odds, followed by Murray at 3.7 and Federer at a surprising 16.5. But who knows, maybe David Ferrer will shock everyone and win the tournament. His odds at 570-to-1 are definitely appealing to wager some money on.

The women of Wimbledon are focused to take it all home

Women’s tennis has undergone a steady evolution over the past decade. Power tennis is still being used quite regularly, but there is also far more finesse to witness. Moreover, the number of balls being returned from seemingly impossible position is on the rise too. All of this makes for enticing games of tennis, and sports betting opportunities that can go either way.

It is impossible to tell who will win on the holy grounds of Wimbledon this year. Hantuchova was knocked out in the first round, and Wozniacki has packed her bags as well. Perhaps the biggest surprise was the exit of Ivanovic in the first round. Then again, she is getting married on the 12th, so there is ample time to prepare! 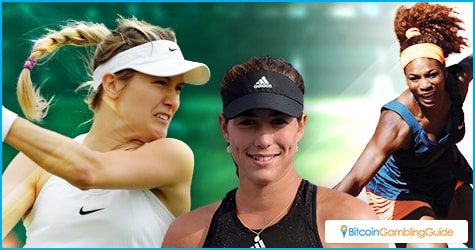 On the women’s side of the Wimbledon bracket, it is anybody’s game for the time being. Laura Robson, who made quite an impact on Wimbledon a few years ago, did not survive the first round, unfortunately. But Eugenie Bouchard, who reached the Wimbledon finals in 2014, may be one of the outsiders to keep an eye on.

The bookmakers are fairly confident either Serena Williams or Garbine Muguruza will win this edition of Wimbledon. But sport has an odd way of forging its own path, despite what the statistics may indicate. Bouchard’s odds of 44-to-1 are much better than most people anticipated. The time to take a gamble is right now!