The Powerball lotto is available in 44 US states, the Virgin Islands, District of Columbia, as well as Puerto Rico. A ticket is only $2 and a person can buy one through a number of gambling sites. They can even use Bitcoin to buy Powerball tickets.

No one won the $229 million jackpot last Saturday. The next draw will be on Wednesday, Feb. 8, and the jackpot this time is $255 million dollars or more than a quarter of a billion. 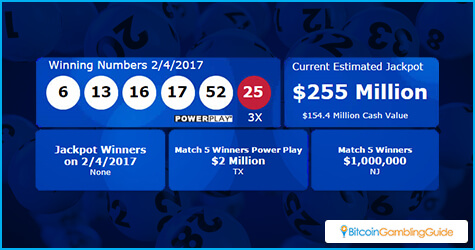 The Powerball Lotto is popular due to its massive prize pools. The default prize of each Powerball is $40 million. This makes it one of the biggest default jackpots in the world.

Last year, a Pennsylvania couple took home the jackpot prize of $121.6 million on Dec. 17. The biggest prize from last year was $1.58 billion. Three winners from California, Florida, and Tennessee split the prize among each other. 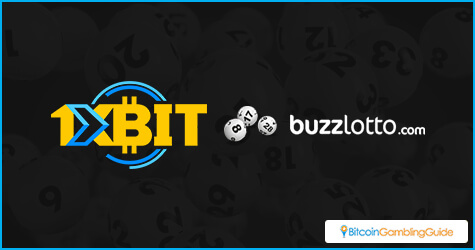 With the Powerball lottery now available to Bitcoin players through 1xBit and BuzzLotto, more players have the chance to win the huge jackpot currently up for grabs. The next draw will be this Wednesday. Players can still buy Powerball tickets and find their luck in Bitcoin lottery.