Bitcoin has found a new, promising market in eSports through the initiatives of Xapo, a popular Bitcoin debit card and wallet provider.

Recently, Xapo partnered with CEVO and Leet to create a new venue that combines Bitcoin with the burgeoning niche of eSports.

Xapo’s role in this joint endeavor is to showcase how this niche market can benefit from the technology and innovations Bitcoin brings to the table.

According to the Bitcoin services provider:

“We believe that gaming presents one of Bitcoin’s most exciting growth opportunities, as fast, inexpensive and secure bitcoin payments have the potential to open the global gaming community to players who lack access to a bank account or credit card.”

CEVO, which is an eSports company that operates globally, serves as a platform for players from different countries to join tournaments and other events in this sector while Leet is a Bitcoin gaming site focused on the skill-based games.

The fresh team up strengthens the presence of Bitcoin in eSports as it indulges the players using the services provided by CEVO and exposes them to a new level of competitive gaming powered by the digital currency.

This results in the ability of CEVO players to earn Bitcoin prizes when they play or challenge their friends over a round or two of the popular online games like League of Legends, Counter-Strike: GO, and Team Fortress 2. 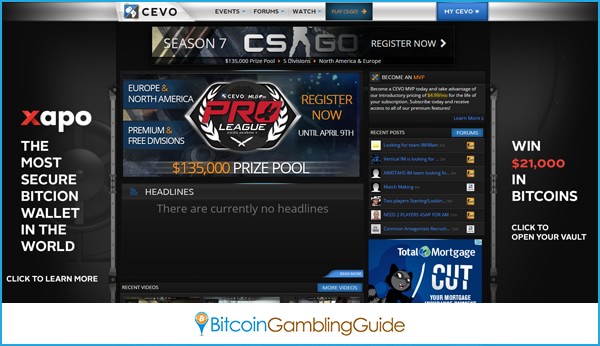 Xapo’s partnership with CEVO gives life to the exclusive programs and events dedicated for the players on the said platform. One of these is the possibility for the CEVO players to win up to $1,000 as the two companies are giving away $21,000 worth of prizes in BTC.

All registered users have the opportunity to open a Bitcoin vault and unlock the prizes waiting for them. Each vault has a corresponding prize that was randomly assigned. The prizes are denominated in the following order: $0, $1, $2, $5, $100, and $1,000.

The vault can be accessed by logging in with CEVO and XAPO, verifying a mobile number or email address, and entering a referral code.

The $21,000 giveaway from the two companies is expected to reflect the future of Bitcoin on the eSports market and as a means to spearhead Bitcoin awareness through sports and online games.

Bitcoin eSports site Leet further emphasized its commitment to become the top website for this niche market by joining hands with Xapo and CEVO. Likewise, its rebranding from Leetcoin to Leet hints the innovations to come in the future. 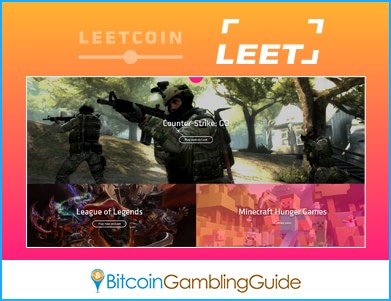 Like CEVO, Leet also hosts tournaments and games that cover League of Legends, Counter-Strike: GO, and the upcoming addition of Minecraft Hunger Games.

Leet users now have the option to use the Xapo wallet and enjoy instant process and transfer of funds, as well as the zero miner fees. Winnings collected from playing the skill-based games online can be cashed out to the Xapo wallet instantly, but a two-percent fee will be deducted from the League of Legends earnings.