The Bitcoin industry is no stranger to online felonious attacks. Bitcoin users and businesses have experienced for the past years a wide spectrum of cyber assaults in the forms of DDoS launched by Bitcoin cyber vigilantes, account hacks, virus installations, and more.

Despite the frequency of such threats, the cryptocurrency market remains resilient as ever and is currently widening its scope of influence in the mainstream landscape. Ending the cybercrimes that largely affect the iGaming sector, however, is an uphill battle as more threats are launched by the day.

Some of the old ones even continue plaguing the industry, let alone taking advantage of the gold mine in Bitcoin gambling. 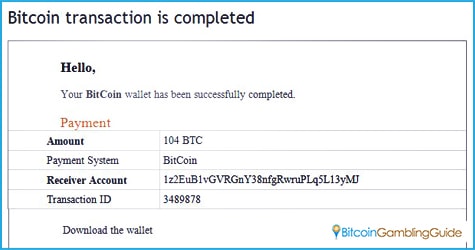 Of all online assaults experienced by the Bitcoin industry, the Bitcoin phishing attacks are considered the most dangerous for users, especially those still foreign to the ways of Bitcoin transactions.

Phishing scams, unlike other cyberattacks, are difficult to detect simply because assailants camouflage themselves to be an established company in order to convince their victims to willingly submit to their demands, such was the case with the Blockchain.info phishing ploys in 2014.

Such attack is commonly conducted through email, where players are lured to visit links that would discreetly require them to provide personal and financial details. This allows the criminals to illegally acquire the users’ Bitcoin funds.

A recent incident of Bitcoin phishing scams involved OKPay, an online payment system that also caters to Bitcoin transactions. The company allegedly sent out emails in March last year, informing users that their Bitcoin wallet has been completed with the transaction of certain amounts ready to be cashed out.

Users, however, must first download the wallet, which marks the start of the attack.

This phishing scam still finds its way to the inbox of bitcoiners across the globe, and it is not impossible that unsuspecting users would become the newest victims of such attempts at stealing bitcoins. 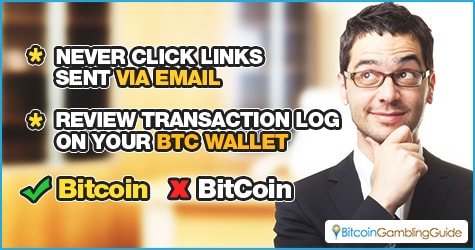 There is light at the end of the tunnel, still

Succumbing to the Bitcoin phishing emails, however, must not always be a Bitcoin user’s fate. There are ways to detect and prevent scams of this sort, after all.

Based on the observations gathered by the Bitcoin community, there are telltale signs of a phishing email, and one of them is the mere presence of links.

Users posit that an email containing links that download files or software should be red flagged right away. Deleting it is advised in order to avoid any chance of it spreading across the network.

Bitcoin consumers must also first thoroughly check the details presented before making transactions. The Bitcoin wallet address, the source, and the amount among others are just some of the key information to keep an eye on.

Moreover, how these emails are crafted also hint scams. The majority of companies and other Bitcoin-operated businesses would send out error-free messages, whether in spelling, grammar, and even accuracy of information.

This is not the case with the phishing scam involving OKPay since it spelled ‘Bitcoin’ with a capital letter C. Many users believe emails with this spelling of Bitcoin must be avoided.