Another CoinFest event is set to take place and spread the Bitcoin influence further. This time around, the stage for the much-celebrated gathering of Bitcoin users, entrepreneurs, and game changers finds its way into the rich industrial heritage in the Northern Quarter of Manchester.

The world’s first decentralized festival for cryptocurrency has landed in UK and is scheduled to hold a two-day event on April 8 and 9 next year. Organized by CryptoBatesGroup, CoinFestUK invites everyone to head over to Madlab—short for Manchester Digital Laboratory—a grassroots innovation organization.

More than just being another CoinFest gathering outside Vancouver, CoinFestUK is argued to be one of the most anticipated cryptocurrency conventions next year, and this is because of its exciting itinerary.

Striding away from the traditional Bitcoin convention setup where it is all about seriousness and business, next year’s Bitcoin festival is all about interaction and fun. 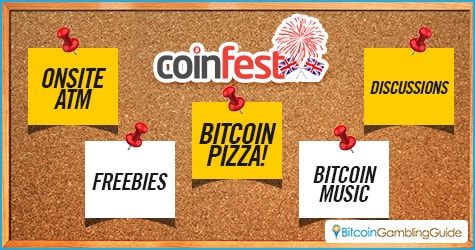 Attendees within and possibly outside of Europe will be treated to live music streaming of The Cypherfunks, and will enjoy the free passes for the screening of the award-winning Bitcoin documentary titled ‘Bitcoin: the end of money as we know it.’

Other than the fun-inducing music and captivating documentary, CoinFestUK 2016 has a bazaar set up that runs on Bitcoin. Participants will also be given access to an onsite Bitcoin ATM, have the privilege to purchase various goods using the digital currency, and receive all kinds of Bitcoin freebies, including shirts, pins, badges, stickers, and more.

The GameCredits cryptocurrency team is also bringing along its exciting, own-developed game called the Turbocharged game while CryptoCloudHosting will be holding its exclusive webhosting giveaway.

To top it all off, CoinFestUK has invited a number of Bitcoin-accepting pizza vendors to provide scrumptious pizza meals that can be purchased with Bitcoin.

CoinFestUK aims to further push Bitcoin development into the mainstream

In spite of its relaxed nature, CoinFestUK has a deeper perspective and mission. This event still keeps its essence intact, which is of course to spread awareness and knowledge of Bitcoin in the real-world setting. 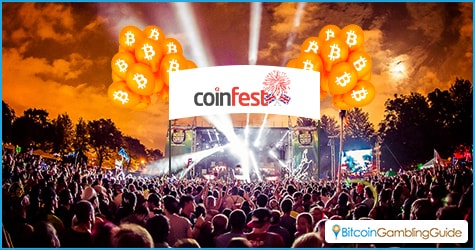 CoinFestUK 2016 ensures to create a dynamic and balanced atmosphere during the course of the event and bring things to the table distinct from the previous CoinFest events dating back to the first at a Waves Coffee House in Vancouver in 2013.

Almost three years after the pioneering Bitcoin gathering, CoinFest continues to be celebrated across the world, with the previous events held in North America, South America, Europe, and Africa proving to be successful in terms of fostering a festive spirit that unites in creating a better tomorrow for Bitcoin and cryptocurrencies.