Leetcoin debuted online in mid-2013, and has since then introduced the idea of combining the use of Bitcoin and online gaming, thereby adding Bitcoin in eSports niche. It is a ‘competitive gaming platform’ where users can play online games with Bitcoin like League of Legends.

I had the chance to speak with its founder Kingsley Edwards a few months back, and he was also recently interviewed by our CoinPoint correspondent. He opened up about his business and shared the kind of online gaming his Leetcoin Bitcoin eSports site provides to the community. 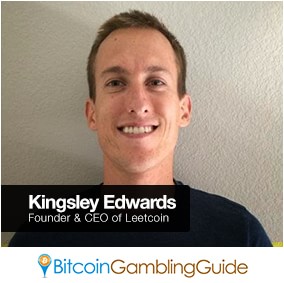 What makes Leetcoin unique from the other Bitcoin gambling sites, and how does your business function within this market?

Leetcoin allows gamers to compete against each other in skill-based video games. This is different from traditional casino games. We are positioning ourselves as the next evolution of card games like poker.

Also, Leetcoin uses bitcoin and microtransactions. One of our stated goals is to make bitcoin the global gaming currency.

Will your platform touch on mobile or web-based gaming?

We are focused on PC games currently. Mobile and console games will be in the near future.

Speaking of the future, what will be your next moves since online gaming is not yet as mainstream as playing in a Bitcoin casino is?

We plan to keep building traction among our target market and look forward to support many more games in the future. Leetcoin now supports League of Legends, the world’s most popular online video game with over 67 million unique users per month.

Given the situation your business is in today, what are the challenges you face in terms of operations?

Having to explain a new concept and a new currency is always a challenge, but our team is up for the task. Also, turning on gamers to bitcoin. This is what we are focused on this year.

Bitcoin gambling, in general, continues to grow. What can you say about this?

Bitcoin enables gamblers to play with a frictionless currency on the internet with little to no fees. What’s there not to like about it? I love it and want more of it.

You’re a Bitcoin evangelist and entrepreneur, how would you describe Bitcoin economy today, and how do you see it in the next five years?

Small compared to the grand scheme of things, but I’m positive that there is much room for growth. I think bitcoin will continuously climb in the next five years. As the price increases, stabilization will increase. 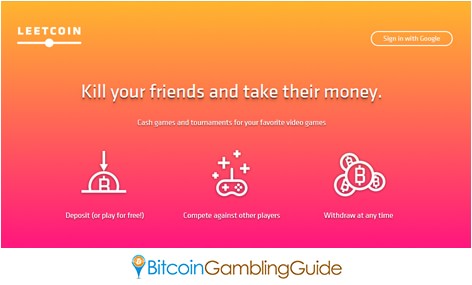 How do you view the effects of altcoins or the Bitcoin 2.0 technology on Bitcoin’s future?

I welcome all altcoins and Bitcoin 2.0 innovations. They all serve a purpose to inform the masses and make the blockchain even more useful.

And how do you think cryptocurrency will affect our lives?

Cryptocurrencies represent the separation of money and state. No longer will mankind be subject to the monetary policy of the elite. It will be instrumental in a more peaceful and prosperous future.

What are your plans for your ventures?

Currently, I run two ventures. The Las Vegas Bitcoin Meetup is helping to inform locals of what bitcoin is, support local merchant adoption, and serves as a networking group for anyone who is interested in the technology. Leetcoin is paving the way for bitcoin adoption among gamers.

What advice can you give to the thousands of Bitcoin enthusiasts, especially to new adopters? How about to the entrepreneurs?

To new adopters: Learn, buy, and hold! To entrepreneurs: Find out what makes bitcoin unique and see if you can align that with your passion or interests for a business.

Finally, what would you want to say to your new and potential Leetcoin customers?

The Leetcoin team is hard at work on becoming the largest skill-based eSports platform! We look forward to the mass adoption of bitcoin by gamers.

Thank you very much, Kingsley. It’s a pleasure.