EverDreamSoft announced last year its plans for developing a blockchain-based trading card game as a follow-up to their initial card game, Moonga. At that time, the idea seemed like a pie-in-the-sky dream. Nearly a year later, though, the game—Spells of Genesis—is about to get a soft release in August.

It has been a long road for the Swiss company to finally push the game near completion. Spells of Genesis may have seemed gimmicky in the beginning, with it riding on the Bitcoin bandwagon, but early reports are saying that the integration of Bitcoin and blockchain technology in the game has created a good internal economy for players to trade their cards in.

With its pending soft launch this August, Spells of Genesis is projected to meet its roadmap goals. The May goals are done, but the June and July ones are still up the air, although the developers are optimistic that they would be able to meet all of them. 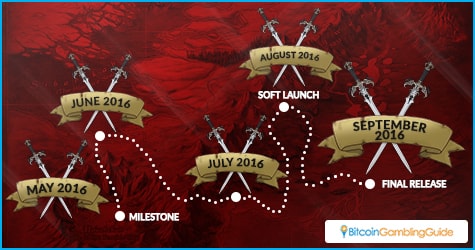 For June, the final cards will be added, as well as the campaign. Additionally, the guilds and the level editor are to be finalized, along with the team page. July will clear up the final pieces: XP, achievements, and quest. When August comes around, EverDreamSoft is ready to put in the in-app purchases and the sound and visual effects.

This, however, does not mean that the blockchain-based trading card game will have already been finished. The official launch is in September and that is when the game reaches full functionality with its full integration into the public blockchain network and extra security features. By then, this mobile game will be ready for public consumption and the influx of many players.

There is no doubt that a lot of people will be interested when Spells of Genesis opens its doors. This can be seen in the fact that one of the key pieces of the game’s success is the high level of support from players. This was reflected in the company’s BitCrystal campaign to fund the game.

Last year, EverDreamSoft had a sale of BitCrystals. Planned to be used as the currency of the game, these BitCrystals were sold over a period of a month, in conjunction with gamer bundles. Players bought using Bitcoin and received special cards and stashes of BitCrystal. The money then went into developing the game, along with extra goals live two-player games and smart contracts if a certain amount was reached. 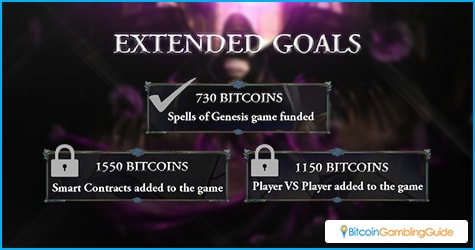 Unfortunately, the goals were not reached, but it was enough to get the game funded.

BitCrystals now have a set number, which means they can go up and down in value like real Bitcoin. This means that the players can sell off their collection for actual Bitcoins when the time comes. Moreover, Spells of Genesis can help make mobile gaming an interesting field—one that combines the blockchain technology, cryptocurrencies, and card games.