Spells of Genesis, the online trading card game with a blockchain component, has already hit the Internet. Released last Oct. 27 for the web version, players can now participate in the exciting card game world of Moonga. However, this does not mean that everything is done and finished. EverDreamsoft wants the best product possible for its customers so it continues its development for Spells of Genesis mobile.

Right now it is prepping for the mobile release of its game. For the final update, there will be testing and validation from All 4 Games, which is the game publishing division of British public-service television broadcaster, Channel 4.

To those unfamiliar with it, Spell of Genesis is an online trading card game set in the world of Moonga similar to Hearthstone and other online card games. Players collect cards and build decks to beat their enemies in the game’s battle system. 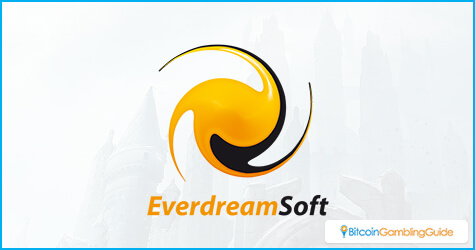 Additional features include card creation, daily quests, and in-game achievements. However, the biggest draw for the game is its use of an integrated cryptocurrency. BitCrystals is used for buying and selling cards in the game, while also being a legitimate cryptocurrency outside of the game. Created on the Counterparty platform, BitCrystals can be purchased on digital currency exchanges like ShapeShift and Poloniex.

Spells of Genesis has been following a developmental plan for the past year. Last June 2016, the final cards were added as well as the single-player campaign and the long road to releasing the game started. July finalized all finishing touches: XP, achievements, and quests. In-app purchases and the audiovisual effects were soon to follow.

The game was in closed-beta and progress to open-beta soon after. However, the game still needs a bit of tweaking, especially for the mobile market. EverDreamsoft wants a large customer base and the mobile gaming field provides exactly that. This is where All 4 Games comes in.

Reaching the end of the road

All 4 Games is a part of the Channel 4 media empire and is aimed at publishing games for general release. EverdreamSoft announced their partnership with the company in October. It is hoped that they would help Spells of Genesis for release in mainstream markets. All 4 Games is already helping out by soft launching the game’s English-language mobile version in Canada, Australia, Ireland, New Zealand and Switzerland, with access to in-app purchases.

The closed beta saw a reset of the game to prepare for the new changes being implemented. This is to ensure that players would not have any advantage over new players in the release. According to the road map, there will be two more game resets to prepare for the official launch, which is slated for late November. Once fully launched, Spells of Genesis is expected to play a significant factor in promoting altcoin and Bitcoin gambling.