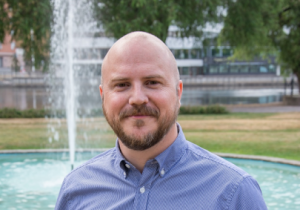 The political domain and the issue of digital currency always had a turbulent relationship. Most of the time, the politicians chose to toe the line that was presented in the mainstream media. Because of this, the problematic reputation that bitcoin gathered in its early days lingered on way too long, being that this was a story reiterated not just in media outlets but also political discussions in parliaments and other places of power.

2016 is the year when this all started to change with the influx of Chinese money that was looking for a safe harbor in the turbulent times that saw the repeated devaluation of the yuan. Since then, the cryptocurrency managed to make a range of individuals and companies very rich, but also successfully shed the reputation of a means used for illegal enterprise.

In the whirlwind of changes, some corners of the political domain also took notice and began reassessing their positions firstly on the concept of the blockchain. The recently re-elected prime minister of Malta is a great example. Today, it is widely recognized that the same technology will soon drastically change the way data is kept and accessed by a host of different parties all working inside of the framework of this system. Money transfers are just the most obvious use of blockchain, but not the only one.

This is the reason why digital currency that is custom made by national banks today is not a pipe dream anymore. At the same time, bitcoin as it stands today, which is to say that it is a fully independent, non-national digital currency is still a bridge too far for many political representatives. Fortunately, for the bitcoin community, Mathias Sundin, a Swedish MP, is definitely not one of them.

The career of Mathias Sundin came a very long way since his starting days in politics. Here, he became famous as the first Swedish politician that chose to accept bitcoin donations exclusively. Once he became elected in 2014, he started working to move the national bank of his country into a course that made it today one of the most progressive ones in terms of its work with startups.

The recent news about his showed that he became a chairman of the board of BTCX, the largest bitcoin exchange in Sweden. Not only that, it is also one of the oldest working exchanges in the entire continent. Sundin, who is an entrepreneur that was one of the co-founders of the Warp Institute, a Swedish organization determined to accelerate all manner of tech innovation, planned to get busy in his new position in the exchange.

According to him, the business is very interesting and exciting even for those who are not heavily invested into the concept of bitcoin. For starters, the plan of the exchange is to raise money for its expansion. The same process will take the exchange into new markets in a handful of European countries.

In many nations, bitcoin is used for online purchases, but also many more things like BTC gambling and access to digital-only loans. But, the context of the statement seems to strongly suggest that the BTCX expansion will not stop there, but most likely continue once the needed circumstances are attained.

The company that was enforced by the presence of Sundin is currently growing at a rate that includes somewhere around new 1,200 customers on a monthly basis. As of now, its transaction volume is about 2 million euros in digital currency assets (currently only bitcoin) per month. It was established in 2012 and since then it has provided the Swedish public with lectures or consulting services that allowed it to expand their business into this area as well.

While these numbers are not really mind-blowing, they are more than a solid foundation to build upon. It looks like this is exactly what Sundin plans to do in the coming months and years.

According to him, the space that the exchange should inhabit does not only include a disruption of established banks. Instead, he wants the exchange to work with them on different matters that are in the mutual interest. This way, the two sides could enforce each other and their particular methods of doing business without stepping on the toes of the other entity.

Giving Back to the People

Sundin was “converted” to bitcoin after he came across an article about it. After reading it, he quickly realized that the public perception of bitcoin as an illegal currency for illegal activities (this was prevalent back then) did not hold up to scrutiny.

Instead, he realized that the potential of the bitcoin network is to return the power to ordinary people. This also coincided perfectly with his individual reason for getting into politics in the first place. But, he does not believe in a complete overthrow of the old financial structure, but in a merger of the two concepts.

This is why in his vision of the future, banks and bitcoin exchanges work tighter to provide better services to their users, while they also run more profitable ventures. This equilibrium is something that many people find very appealing and comforting when it comes to the overall stability that will prop-up the bitcoin network in the months and years to come.

Sundin is a figure that is both ridiculed in some political quarters but also very much listened to in others. But, the years went by and now Sundin is not seen as a fringe character but someone who represents the interests of the mainstream society.

Today, his role in the BTCX provides a multitude of benefits to the company that could propel it to the big league in the European market. This year alone, the company plans to launch a new payment platform and then release a new exchange into stealth mode.

As a model, this merger of political figures and private enterprise might make some cringe at the potential conflicts of interest that might arise. But, being that the businesses in question utilize digital currency, they will undoubtedly go to great lengths to show that no space for any problematic dealings is left to be exploited.

Also, it is clear that the bitcoin community definitely has a big friend in Mathias Sundin.