The slew of scam allegations and accusations is already an old story in the online gaming industry; thus it is not surprising to come across another one. However, given the growing interest and the close attention Bitcoin is getting from its users, the same cannot be said when such scam issues involve Bitcoin gambling brands.

The latest Bitcoin casino brand to have been dragged to the list of alleged online scam is DiceBitco.in, an online dice betting platform.

According to reports, this brand is being accused of cheating its players now that its cold wallet and investment funds have been emptied out after a player named ‘mateo’ went on a mysterious winning streak, crippling its abilities to pay out further winnings. The remaining balance before the platform’s funds ran out was paid to some players as a refund. 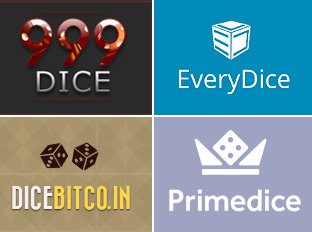 Moreover, there have been speculations that the DiceBitco.in owners manl and gerry masterminded the scam scheme to begin with and that they are either in relation with or are disguised as mateo. Both, however, through their Bitcointalk account, vehemently denied these assertions.

The owners announced in their last post in their official thread that they will no longer answer questions as they have run out of ideas on how to solve the situation. This, no matter how suspicious or unfortunate, came after the Bitcoin dice brand’s profits surpassed 100 BTC for the first time ever.

However, DiceBitco.in is not the only dice brand to have succumbed to scams or mere allegations. Several months back, 999Dice received a massive blow after it received a negative reception from the Bitcoin gambling community due to its alleged gambling scam nature.

Primedice owner Stunna even went the extra mile to challenge the 999Dice owner to sign an address with the 3,000 BTC as proof for the website’s claim.

Other Bitcoin dice brands that have been accused of being a scam include EveryDice and the more popular ones like Primedice and the now-defunct Just-Dice.

Unfortunately, due to the anonymity prevalent in the world of Bitcoin gambling, proving that the DiceBitco.in scam allegations, as well as those of other brands, are true or false is rather difficult. Nevertheless, the clamor for a friendlier and scam-free Bitcoin betting environment is only getting stronger.