The eSports sector has already become a large industry, with millions of dollars being earned worldwide. And the industry is still growing. Analysts are looking at the global revenue of eSports to exceed $1 billion by 2019 as the sectors rise in popularity and profits are also reflected by other industries.

For one, eSports’ popularity has made livestreaming services quite in demand. With matches being streamed to audiences, eSports tournaments can now be viewed from anywhere in the globe. Increased viewership on these services means that they can generate more revenue from their ads.

Another industry that is starting to benefit from it is the sports betting crowd. It is early yet, but betting on eSports match results is becoming a common sight, especially with the Bitcoin crowd. With all these developments, eSports is the next big online moneymaker, and a lot of players, operators, and companies are going to want to be part of this trend.

Getting a piece of the pie

One of the companies who want to be part of the eSports revolution is Supercell. Known mostly for the mobile game, Clash of Clans, the mobile gaming giant has recognized how eSports has become an entertainment juggernaut and has taken steps towards becoming part of it. Their main product was not appropriate for eSports play, so the company is pushing for its real-time multiplayer game Clash Royale, which is a spin-off of its global hit mobile game. 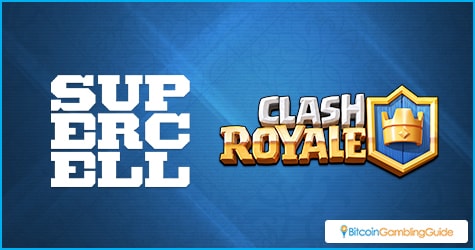 A mix of Hearthstone and DOTA gameplay, players are hoping to destroy each other’s King’s Tower. This is done by sending minions down pathways to destroy it, similar to how DOTA works. The main difference is that with Clash Royale, players do not control a single hero. They get to play cards from a deck to call in heroes and activate abilities during the game.

Additionally, as players win matches, they can earn more cards and even upgrade their old cards. With a limited deck size, both players have to make strategic decisions before and during the match so that they could win. Overall, it is an impressive game and Supercell is betting on that to push it enough to become an eSports in its own right. They have already hired eSports experts and started a media push.

There are several problems that can make Supercell’s efforts stumble though. First of all, eSports may be a new industry but it is made up of hardcore gamers. Considering that Supercell is primarily a mobile game developer, they are going to have an uphill fight as mobile games are considered “casual” games and not deserving of their attention. Still, Supercell hopes to follow the footsteps of Hearthstone, which is currently covered by Gamebet.gg.

Another hurdle is that the free-to-play game heritage of Clash Royale is going to hurt. Clash Royale lets anyone play, but it allows people to buy upgrades with money through the purchase of gems, the game’s currency. In the skill-obsessed culture of eSports, this is a big strike against it.

What’s in it for Bitcoin players?

It seems that Clash Royale and Supercell are going to have a hard time to become accepted, but it remains interesting to see how this one unfolds. 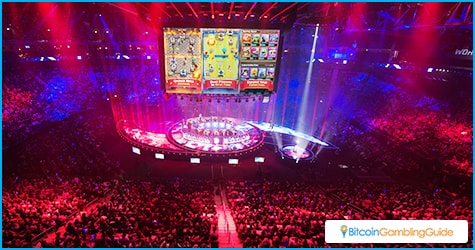 Despite the challenges the Finnish company must overcome to bring Clash Royale to the eSports arena, a hint of potential for the game to tap more markets and generate increased revenue is on the horizon. It only requires the participation of Bitcoin.

Bitcoin eSports is a budding niche in Bitcoin sports betting. After all, several online sportsbooks happily accept Bitcoin deposits and bets on eSports matches. Another alternative for Supercell is to integrate Bitcoin as one of the means players can make in-app purchases. With the increasing usage of the cryptocurrency on the gaming scene, more players will be hooked to play the game and will result in profit increase.

With the advantages Bitcoin can bring to Supercell’s bid to enter the eSports arena, the players will be in for a treat once this is made a reality.