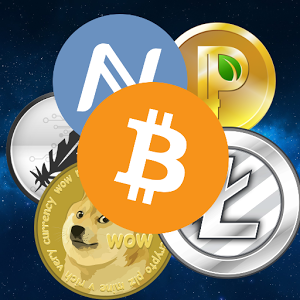 The rise of digital currency has become widely recognized in the last couple of years on a global level. With the ever-rising market cap of individual cryptocurrencies and the constantly appearing new ones, where the ICOs are breaking record after record, the same ecosystem is clearly showing no sign of growth slowdown. In fact, even the broader user base for bitcoin and some other major networks seems to be steadily rising, which is why more and more people use BTC to access online casinos, take out loans and do many other things with it.

In fact, many are arguing that this phase is only the beginning of an even bigger push towards hundreds if not thousands of digital currencies that will appear in the coming decades. At the same time, the ecosystem so far has not discarded older cryptocurrencies in any substantial form. While there are some networks that stopped working, none of the actually managed to get off the ground in the first place.

For all others, the only issue is their market cap – these could be huge, like those of bitcoin and ethereum, or really small for many others. But, even for the smaller altcoins, there are plenty of examples where a digital currency quickly and somewhat unexpectedly took off.

All of this is very beneficial for anyone who is engaged in the digital currency markets, but at the same time, some are openly questioning is this multitude of networks really good for the future development. Additionally, on a smaller level, what are the strengths of individual digital currencies related to the rest of the group? In other words, in this diverse ecosystem, how can a digital currency be evaluated against the backdrop of the whole playing field? Some believe there is a workaround for this issue.

Huobi is a cryptocurrency exchange based in Beijing that recently decided to try to quantify the blockchain-based currencies using a range of factors. The mechanism for this calculation was named SMARTChain and it came about with the help of industry developers and academics. It is intended to be used as a guide which global investors could apply when they desire to learn more about one or more cryptocurrencies. However, instead of simply using the history of network performance in the monetary domain, the SMARTChain was made to utilize a scientific way of platform evaluation.

Right now, the system is in its beta phase and the Huobi developers are planning to provide it with monthly updates to further increase its functionality. Another strong suit of the project comes from the Tsinghua University. As one of the most prestigious universities in the country, the same institution had its School of Finance create the mathematical model used for the evaluation.

When it was finished, the model employed five different variables for its calculation. These include the relevance of blockchain applications in real life, media attention and its public perception, trading volume, the risk of inflation and credibility and finally, its basic technological design and all of its relevant features. With this, once the system was operational, the list of the top 20 digital currencies was produced by the combination of the evaluation of these factors. The top three places belong to bitcoin, ethereum and interestingly, litecoin as the third-ranked network. Ripple ranked fourth, followed by Ethereum classic.

Huobi believes that this tool can provide a very distinctive and valuable service to its users, especially those looking for a long-term investment. But, being that the same platform just launched, the upcoming period will be used to further upgrade its calculation capacity and the way the data is gathered. The full usability of the tool will be evident only once this beta period has passed.

A Wide Ocean of Options

Huobi analysis touched on the very essence of the debate rated to the number of digital currencies and this is when or even if the number of networks will become a problem for the investors. As long as the complex and diverse offering does not come with an immediate downside in the trading arena, there will be no pressures to change the setup.

Right now, investors are only concerned with finding a digital currency that can be used to create a profit either by pump and dump or through some other trading mechanisms. As of now, there are no indications that the newcomer digital currencies are producing problems for the traders, aside from potentially pulling the prices of other cryptocurrencies. But this only happens to a small extent, so it is not providing the traders with any headaches.

At the present moment, it is clear that the traders and investors can apply things like the Huobi platform and other options to make heads and tails of a certain cryptocurrency against the entire ecosystem. As time goes by, these evaluation mechanisms will most likely only improve. However, the danger for everyone lies in the ordinary users.

It is not difficult to imagine a future where new digital currencies are cropping out all the time, but that some of them are fully fraudulent, aiming only to scam people in a short run and then disappear. Even today, schemes like OneCoin remain dubiously legal or authentic, but the upcoming years could see many more of these coming around.

If this happens and a large number of people get scammed, the backlash will become political, which will, in turn, include a strong regulatory push. In this push, the entire legal ecosystem of digital currencies could also get hurt. WannaCry is a perfect example of the willingness of the public to connect things like this ransomware and the means of payment which has nothing to do with its creators or their intent.

Something very similar would occur with the cryptocurrencies if a large number of invalid networks take people’s money and vanish. This is why the digital currency domain must do a good job of internally policing itself and then not be hesitant to point out illegal schemes or those that might be malicious. In the other case, the wide ocean of digital currencies could become a drowning place for many of them.