The blockchain technology gains another supporter, and it is no other than the global banking and financial services company Deutsche Bank.

Headquartered in Frankfurt, the German megabank recently expressed in a letter signed by the Global Head of Regulatory Policy Daniel Trinder its positive perception of the blockchain in response to the Call for Evidence requested by the European Securities and Markets Authority (ESMA).

Deutsche Bank, which has offices in key financial centers across the world, admitted that the innovation that propels Bitcoin and cryptocurrencies matches its efforts to explore the potential of new financial technologies in an aim to develop current systems.

The emergence of the bank’s optimistic views on the future of the blockchain technology is another catalyst for the positive image not just of blockchain but also of Bitcoin. This, therefore, helps in the promotion of the digital currency adoption both by customers and merchants, as well as in the growth of existing and current cryptocurrency-ruled businesses. 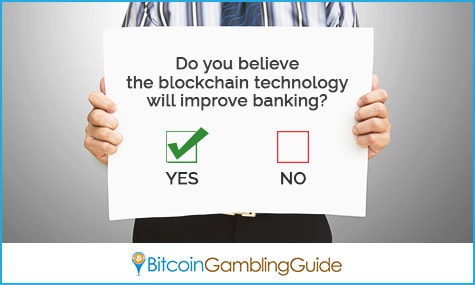 How blockchain may potentially benefit

Deutsche Bank enumerated the different areas that may be assisted by the said technology, and they center on security, payment system, transparency, smart contracts, and anti-money laundering procedures.

It also believes that customers will be at the advantage as lower costs will be implemented, together with foolproof systems and faster transaction processes.

However, it did not dismiss the possible risks associated with the blockchain. Nevertheless, Deutsche Bank forwarded its belief that a balance between compliance and innovation must be observed by the regulators. Likewise, regulatory policies must not prevent market entry.

“To ensure that there is an appropriate balance between allowing for innovation and exploration of the applications of this new technology and managing risks, it is essential that there is (a) ongoing dialogue between industry and regulators and (b) that there is no precipitous move to regulate this area of potential growth and innovation.”

“A proportionate approach should be taken to the development of any proposals for future regulation in this area, in order to ensure a level playing field for all participants and to support continued investment in innovation.”

The favorable response issued by the German bank strengthened the drive for various financial institutions to use the blockchain. Several international banks like BNP Paribas, Standard Chartered, and Citi Bank are only some major players that have expressed their interest in tapping the available technology. 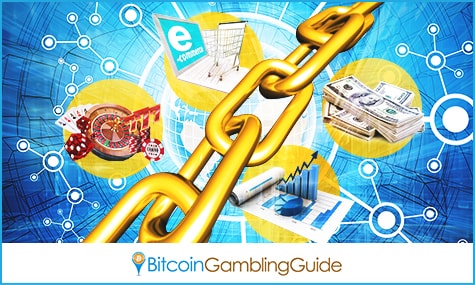 As more banks support Bitcoin and the blockchain, it can be deduced that a financial awareness on the strength of digital currencies may boom, influencing more investors and spectators to indulge in monetary activities like Bitcoin forex and binary options trading.

Likewise, improved, hassle-free, and fast transactions with a Bitcoin exchange may materialize once the banks and the trading marketplaces find the perfect solutions to simplify the processes users go through when buying and selling cryptocurrencies.

How the Bitcoin and cryptocurrency landscape will take form depends on the next developments to be taken by institutions like Deutsche Bank and the authorities. This will also have an effect on the fate of the thriving industries today like the Bitcoin gambling sector.

Although nothing is certain yet with the effect of the acceptance and interest in Bitcoin and the blockchain technology, bitcoiners are assured of one thing: more companies and individuals are beginning to see the true potential of the revolution Satoshi Nakamoto introduced.